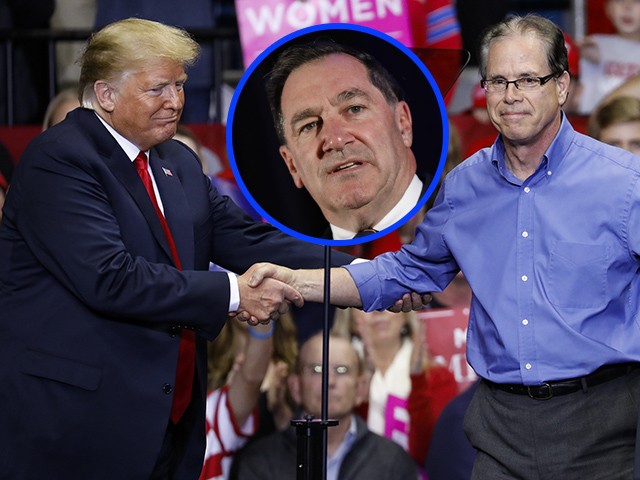 Hoosier businessman Mike Braun defeated Sen. Joe Donnelly (D-IN) in the competitive Indiana Senate race, serving a sharp rebuke to the political establishment and one of the Senate’s most vulnerable Democrats.

Braun defeated the incumbent Senate Democrat in the heated Indiana Senate race. Braun cast himself as a political outsider during the Indiana Republican Senate primary and touted his business experience, noting the similarities between himself and President Donald Trump.

FreedomWorks for America Executive Director Noah Wall said in a statement on Tuesday:

Mike Braun’s win tonight is a big win for supporters of small-government and lower taxes. These are two of the issues that matter most to Hoosiers. FreedomWorks For America is proud to have supported Braun’s successful campaign this election cycle.

In the weeks leading up to the November general election, FreedomWorks grassroots activists sent more 75,000 personalized texts to Indiana voters in support of Mike Braun’s campaign.

“This fall, we’re going to send a message to Senator Donnelly and the rest of Washington that politics shouldn’t be a career and if we want to change things we need to change the people we send there,” Braun said when he won the Indiana Senate Republican primary.

Donnelly faced an increasingly competitive Senate race over the last several months and tried for most of the race to paint himself as a bipartisan who often avoided his own party affiliation.

On Sunday, former President Barack Obama campaigned for Donnelly in Gary, Indiana, which represented a stark contrast from an NPR interview in June in which the Indiana senator stressed he was a bipartisan lawmaker representing Hoosier interests in the Senate.

Further, Donnelly chastised the far-left wing of his party, slamming the “socialists” who would want to abolish the Immigration and Customs Enforcement (ICE) agency and those who would want to establish a government-run socialized medicine scheme, otherwise known as “Medicare for All.”

Donnelly’s criticism of government-run health care contrasts with Obama, who embraced the socialized healthcare scheme as a “good new idea” during a speech in September.

Braun exposed Donnelly’s “ultimate level of hypocrisy” for criticizing Braun’s Hoosier business, while Donnelly’s family business has outsourced Indiana jobs to Mexico. Donnelly first railed against free trade when he first ran for the House in 2004, slamming the North American Free Trade Agreement (NAFTA) and called outsourcing, “a fancy term for ‘Someone in Indiana that has just lost their job.’”

Braun has paralleled himself with the president, touting his business background and anti-establishment campaign.

Braun said,  “I have a business background, and we get things fixed with hard decisions when you need to, put up some short-term pains for long-term gains and prosperity that comes with good decision making.”