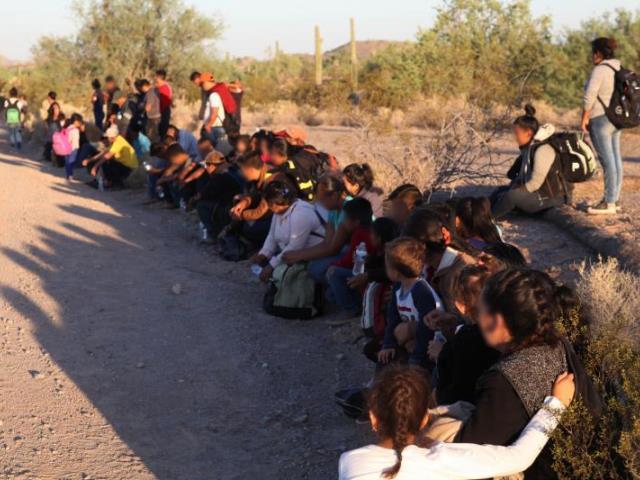 Border Patrol agents in the Tucson Sector are witnessing significant increases in the number of migrants crossing illegally from Mexico. In roughly two weeks, four groups were apprehended–each consisting of more than 100 adults and children.

Ajo Station agents encountered a group of 121 migrants who crossed the border near the Senita Basin, north of the Lukeville port of entry. The group quickly turned themselves over to the custody of the agents, according to U.S. Customs and Border Protection officials.

Agents said the group was composed of 111 adults and children from Guatemala and another 10 from El Salvador.

Another group of 103 was apprehended on August 28 and 128 more on August 20. The group of 128 was abandoned in the desert by their human smugglers, officials stated.

“This is where our law enforcement mission quickly turns from enforcing immigration laws to preserving life by ensuring the welfare and wellbeing of these migrant families,” Tucson Sector Chief Patrol Agent Rodolfo Karisch said in a written statement. “Transnational criminal organizations are exploiting these immigrant families and demonstrating their blatant disregard for human life.”