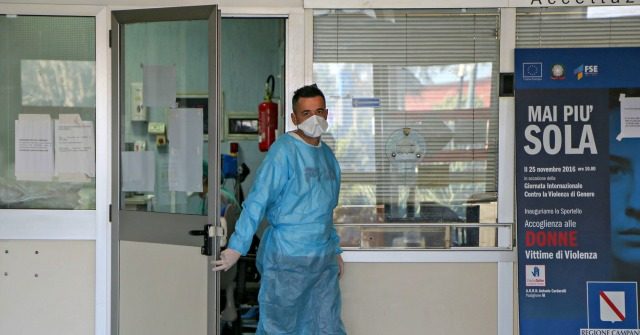 A 44-year-old Costa Rican migrant caused thousands of euros of damage after rioting in a Rome hospital and trying to steal a pistol from a hospital security guard.

The incident took place at around 6 p.m. after the man, who has lived in the Italian capital for several years, was brought to the hospital by an ambulance. After arriving in the emergency room he began punching a glass door and then broke the window with a fire extinguisher.

After destroying the glass window, the man attacked medical machines and then tried to seize a pistol from a security guard but was unsuccessful, Il Giornale reports.

The security guard then went outside and fired a gunshot in the air in an effort to intimidate the man but the 44-year-old continued his rampage.

The man was eventually subdued by local Carabinieri officers who arrived on the scene and deployed pepper spray. The Costa Rican migrant is set to be charged with vandalism, attempted robbery and an aggravated threat to a public official.

The case comes as many hospitals across Italy continue to fight against the Wuhan virus, although the country has been greatly reduced the number of new cases and daily deaths.

According to Dr Alberto Zangrillo, the head of intensive care at the San Raffaele hospital in Milan, Italy has beaten the coronavirus entirely.

Referencing a recent study, Professor Zangrillo claimed that “in reality, from the clinical point of view, the virus no longer exists.”

The comments were met with scepticism from some officials such as Franco Locatelli, the head of Italy’s supreme health council, however, who commented: “I can only express great surprise and absolute puzzlement over the statements made by Professor Zangrillo.”

“Just look at the number of new cases confirmed every day for evidence of the persistent circulation of the virus in Italy,” he added.

Italian Nurse on Coronavirus Frontline Raped by Illegal Migrant After Her Shift https://t.co/raHSkR52FR