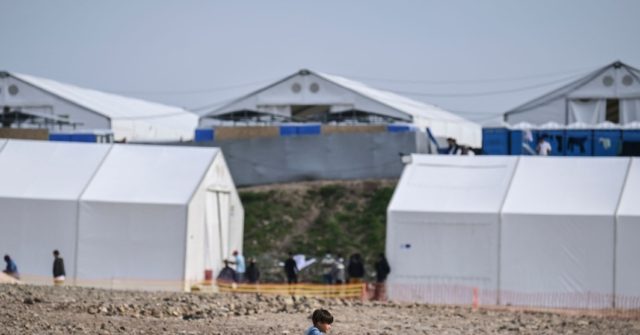 A 46-year-old Iraqi man threatened to set his wife and child on fire at a migrant reception centre in Greece after his asylum claim was rejected for the second time.

The Iraqi man, who was living with his family at a structure in Ioannina, had become agitated after receiving another rejection this week.

He reportedly grabbed a can of oil and emptied it into the room where he lived with his wife and minor child — who were inside it at the time — and threatened to burn his family alive.

Police on guard at the centre intervened and stopped the Iraqi before he was able to set the oil alight. The migrant was arrested and charged with attempted arson and disturbing the peace, according to the newspaper Proto Thema.

A 46-year-old official at a French asylum seeker reception facility has died after being stabbed several times, allegedly by a Sudanese migrant who had his asylum claim rejected. https://t.co/qr3RuP1uwt

Since the height of the 2015 migrant crisis, there have been several cases of migrants committing acts of violence after having their asylum claims rejected.

In February, a 38-year-old Sudanese migrant stabbed a 46-year-old French official at an asylum seeker reception facility to death after finding out that his asylum claim had been rejected.

There have also been several cases of asylum seekers murdering a member of their own family since 2015, as well.

Last year in the German municipality of Obergünzburg, a 37-year-old Afghan asylum seeker stabbed his wife to death on board a bus in front of several witnesses. The man had been estranged from his 27-year-old wife, and they had been living separately.

Just a month later, a 38-year-old Afghan in the German city of Oldenburg was arrested after being accused of beating his wife to death in front of their five young children.