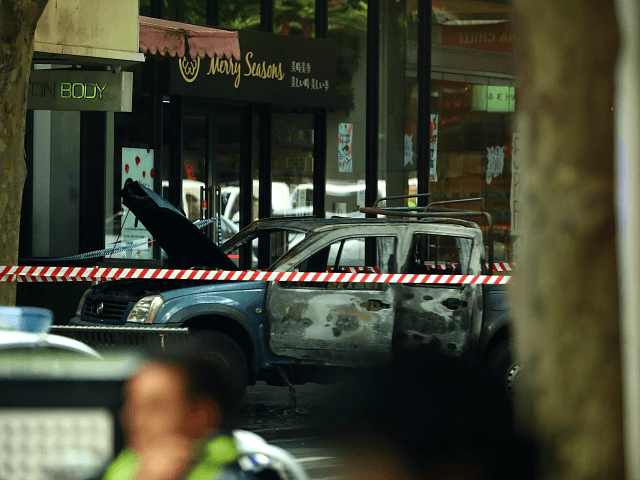 SYDNEY (AP) – Australia police said Saturday a man who fatally stabbed another and injured two in what they described as an Islamic State-inspired terrorist attack in central Melbourne had also planned to set off an explosion.

The attacker, Hassain Khalif Shire Ali, 30, had his passport cancelled in 2015 after it was learned he planned to travel to Syria, police said.

The attack occurred on Friday when Shire Ali got out of a pickup vehicle, which he then set on fire, and stabbed three men, one of whom died at the scene. The attack horrified hundreds of onlookers during the afternoon rush hour in Australia’s second-biggest city.

Victoria state Police Commissioner Graham Ashton said Shire Ali, who was shot by police and died in a hospital, had also made an “unsophisticated” plan for his vehicle to explode to cause many more fatalities. He had placed several barbecue gas canisters in the back of his pickup, with the outlet valves open, but they had failed to ignite.

“It looks like he’s attempted to ignite a fire in the car, we believe at this stage with a view to igniting those canisters with some sort of explosion, but that didn’t eventuate,” Ashton told reporters.

Shire Ali, who moved to Australia with his family from Somalia in the 1990s, was known to police and the federal intelligence authority ASIO. He had a criminal history for cannabis use, theft and driving offences, Ashton said.