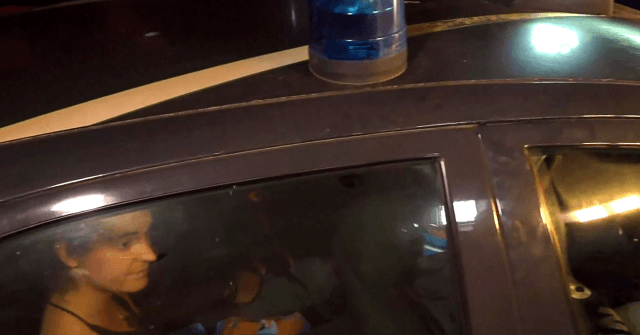 (AFP) — The captain of a migrant transport ship was due to appear in court on Monday accused of hitting a police boat while entering Italy’s Lampedusa port with 40 people picked up in the Mediterranean.

Sea-Watch 3 skipper Carola Rackete was arrested after a two-week standoff at sea and faces up to 10 years in jail if convicted.

Her vessel, which was banned from docking by the Italian authorities, knocked a police speedboat while entering the port on Saturday.

The 31-year-old German captain was accused of putting the speedboat and the safety of its occupants at risk.

She was expected to appear in court in the Sicilian city of Agrigento at 1330 GMT to face charges of abetting illegal immigration and forcing her way past the police boat.

The latter crime is punishable by three to 10 years in prison.

Italian media reports said she was likely to be released pending trial.

Interior Minister Matteo Salvini may then enforce an order already prepared by his ministry to expel her from the country, reports said.

Rackete rescued 53 migrants drifting on an inflatable raft off the coast of Libya on June 12th.

The Italian authorities allowed 13 migrants to be taken in for health reasons but had refused entry to the others.

They have now been allowed to disembark at Lampedusa and been taken to a reception centre.

They are expected to travel to either France, Germany, Finland, Luxembourg, or Portugal, who have agreed to take them in.

But she has drawn criticism from some by knocking the police boat, which was attempting to stop her from docking.

The German charity Sea-Watch has accused the Italian police of causing the incident at the port by nipping into the closing gap between the vessel and the pier.

“Captain Rackete performed all manoeuvres very slowly, in a non-confrontation manner so as to give the GdF [police] boat plenty of time to get away from its position between the Sea-Watch 3 and the pier,” it said in a statement.

“Clearly the GdF boat crew decided to continue their obstructive action and try to hinder the far bigger and more sluggish ship in its attempt to dock,” it added.

It said the police “obviously miscalculated the right time to sail away,” and insisted that the two vessels “only slightly touched each other”.

Salvini, who welcomed Rackete’s arrest, has described the incident as an “act of war”.