Laredo Sector Border Patrol agents rescued a migrant family from the Rio Grande River in an unsecured section of the border with Mexico.

Laredo South Station agents observed a migrant woman and an infant stranded in the middle of the Rio Grande River. The ground-based agents contacted a Laredo Riverine Unit to respond to assist the migrant family who had been abandoned by their cartel-connected human smuggler. The Riverine unit responded to the scene and recovered the two people who were trapped by the icy-cold water, according to Laredo Sector Border Patrol officials. 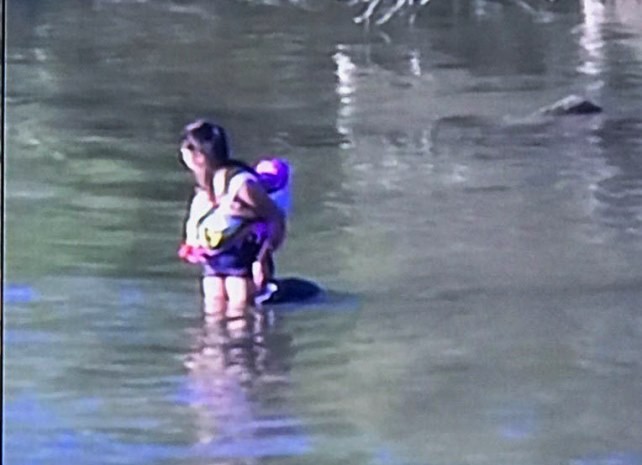 The agents on the patrol boat transported the migrant family to the U.S. side of the river and turned them over to land-based Border Patrol agents. A Border Patrol emergency medical technician evaluated the woman and her 10-month-old son. Because of their exposure to the cold weather and water, agents transported the family to a hospital for evaluation. Doctors determined they needed no additional treatment.

The woman told Border Patrol agents the smugglers abandoned her and her child in the river and left them overnight before agents discovered their predicament.

“Laredo Sector agents continue securing our border, while also conducting these types of rescue missions when a humanitarian situation arises,” Laredo Sector Chief Patrol Agent Felix Chavez said in a written statement. “I thank the agents for their vigilance and rapid response that averted a potential tragedy today, and I cannot stress enough the dangers of crossing the Rio Grande and discourage anyone from doing so.”

During the last fiscal year which ended on September 30, 2018, Border Patrol agents rescued more than 4,300 migrants in distress, Breitbart News reported. During that period, agents rescued 4,311 times, a Customs and Border Protection official told reporters during a December press conference. This represents an increase of 26 percent over the previous year.

During the first two months of Fiscal Year 2019, which began on October 1, The number of rescues jumped 74 percent over the same period last year, the official stated.