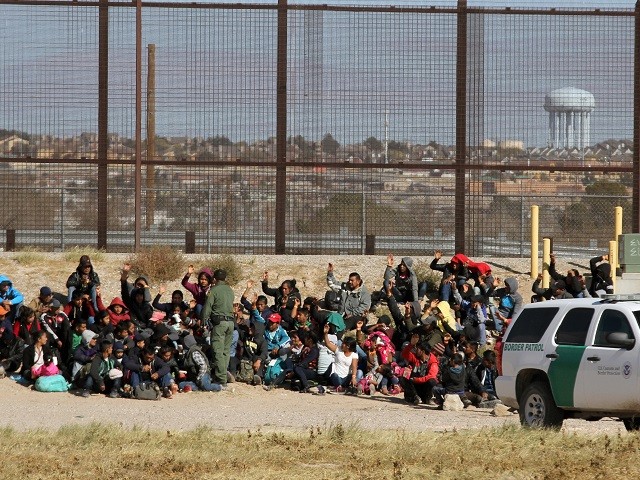 The apprehension of migrant families along the U.S. border with Mexico skyrocketed in November when compared to the previous year. Federal officials reported a 270 percent increase from November 2017 to this year.

“The November 2018 border numbers are the predictable result of a broken immigration system – including flawed judicial rulings – that usurps the will of the American people who have repeatedly demanded secure borders,” DHS Spokeswoman Katie Waldman said in a written statement on Thursday. “To address the obvious crisis at our border, the President has recently deployed the military and signed a new measure that, in conjunction with a joint DOJ regulation, makes illegal border crossers ineligible for asylum.”

During the first two months of Fiscal Year 2019, Border Patrol agents apprehended a total of 42,287 migrant families — an increase of 307 over the same period in FY2018.

Agents in the El Paso Sector saw the largest percentage increase in the apprehension of family units in the past year. The numbers jumped from 591 in November 2017 to 11,617 for the first two months of this fiscal year. The Rio Grande Valley Sector continues to lead the nation with 23,012 FMUA apprehensions in October and November. Only the Big Bend Sector witnessed a decrease in family apprehensions.

Following is the breakdown of apprehensions of Family Unit Aliens by Border Patrol Sector for the first two months of this fiscal year as reported by CBP:

Migrants continue to exploit the loophole created by Congress in 2008 that prohibits expedited removal of minors without a hearing. Since that time, hundreds of thousands of migrants have flocked to the U.S. border to take advantage of what has become a magnet for illegal immigrants.

“We continue to call on Congress to address the crisis at the border by closing legal loopholes that drive illegal immigration,” Department of Homeland Security (DHS) Press Secretary Tyler Q. Houlton said in a July 2018 statement obtained by Breitbart News.