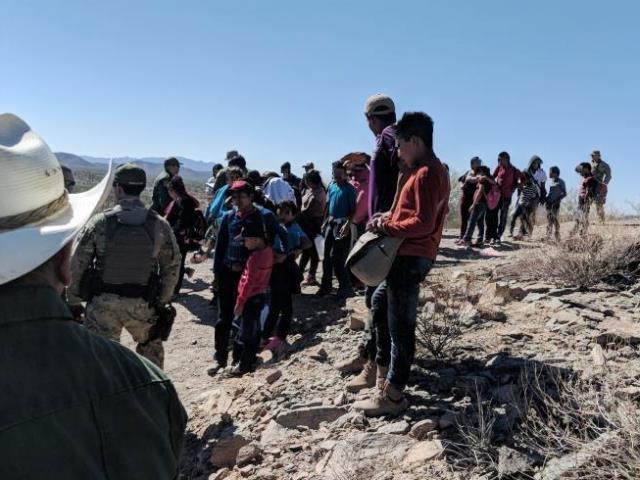 Border Patrol agents in Arizona witnessed a near doubling in the number of migrant families and unaccompanied minors who are illegally crossing the border and putting their lives at risk in the desert.

A recent report released by U.S. Customs and Border Protection (CBP) reveals that the illegal crossing of Family Unit Aliens (FMUA) and Unaccompanied Alien Children (UAC) increased from 13,181 in Fiscal Year 2017 year-to-date (YTD) reports to 25,911 in Fiscal Year 2018 – a 98 percent increase, according to the August Southwest Border Migration report. Yuma and Tucson Sector officials reported these classes of migrants are crossing in large numbers from Mexico into the southern Arizona desert where at least 83 migrants died during calendar year 2018.

Between noon on Tuesday and 9 a.m. Wednesday morning, Yuma Station agents arrested 23 groups of illegal immigrants after they crossed the border from Mexico. The 23 groups came to the U.S. from seven countries and included Family Unit Aliens (FMUA) and Unaccompanied Alien Children (UAC), according to Yuma Sector Border Patrol officials.

Tucson Sector officials also witnessed a doubling in the number of family units apprehended in the desert. During the first 11 months of FY2017, agents arrested 1,907 families who illegally crossed from Mexico into the U.S. This more than doubled to 3,860 during the same period in FY2018, officials reported. Unaccompanied minors actually outnumbered family units during FY2018 in this sector. Agents 4,624 UACs in FY2017 — up from 3,311 in FY2017 (a 40 percent increase).