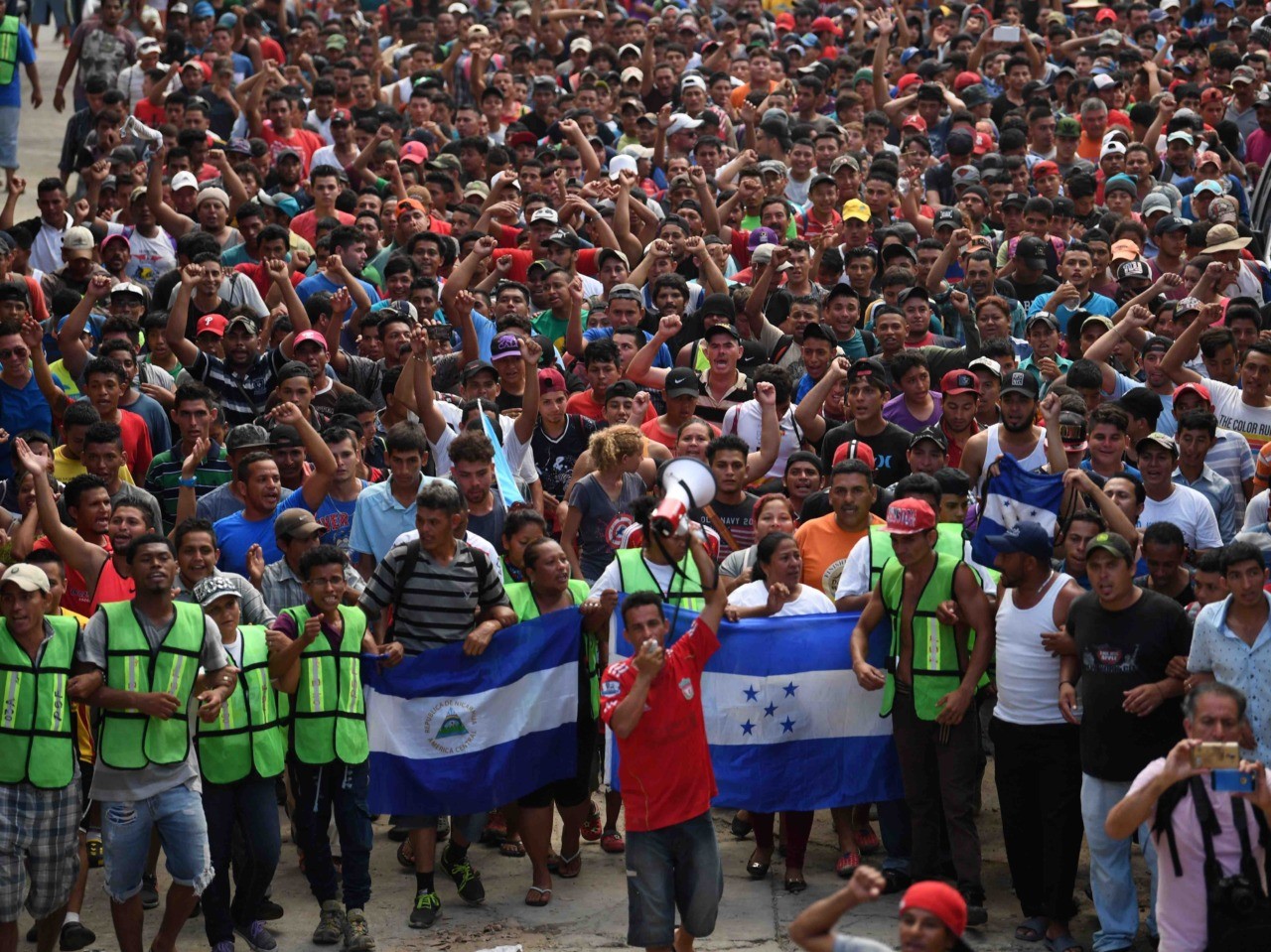 Central American migrants in the caravan held a press conference in Tijuana, Mexico, on Tuesday and demanded that the United States speed up its asylum process to allow more migrants into the country.

Migrants who have spoken to establishment media outlets in recent months have cited economic reasons for coming to the United States. Economic claims, though, as even numerous establishment media outlets have noted, do not qualify migrants for asylum. As a CBS Evening News report recently acknowleged: “Most tell us they are fleeing extreme poverty, but that’s not a condition for asylum or refugee status in the U.S.”

But on Tuesday, the migrant leaders claimed that “they are going to get killed” if they return to their countries, according to NBC News.

Later in a statement, the migrants again admitted that they were in fact coming to the United States to get access to jobs, education, and health care in addition to “a life without threats.”

Selected members of the #MigrantCaravan penned down a statement saying ‘No queremos RETORNAR a la violencia,’ Spanish for we don’t want to return to the violence.

Per my colleague @Annie_Rose23 who has been doing amazing work reporting at the border.

“It has not been easy to leave our countries, to leave part of our family behind, to expose our children and to walk through unknown places in order to have a chance to live in the United States or other countries that can give us an opportunity to work an honest job and offer a better future to our children,” they said. “We want them to have access to education, healthcare and a life without threats.”

The migrants also claimed that they were “victims of the repression” from the U.S. border patrol on Sunday after border patrol agents fired tear gas to disperse migrants who were throwing rocks at the agents.

“We were victims of the repression from the U.S. border patrol, they threw tear gas at us various times, the children were affected greatly and we were only walking because we wanted to be seen,” they reportedly said in their statement and at the press conference. “We wanted to be recognized as a big group of people who wants to be heard so international laws can protect us as we migrate and seek better lives.”

According to NBC, the migrants also reportedly claimed that children died because of border patrol agents’ actions, but reporters noted that those claims were completely unsubstantiated after checking with local authorities and non-governmental organizations (NGOs).

Don’t report rumors but given how widely this has been circulated, it bears addressing. Again & again have heard from migrants who believe children where killed. From all fact checking w/ local authorities, NGO groups & reviewing all avail video this DOES NOT APPEAR BE THE CASE.

They say that their march was peaceful & violence began on the side of the US. One rep now saying the problem is the press isn’t reporting that they didn’t start the violence… adding that there were also deaths. (IMPORTANT NOTE- THIS IS AN TOTALLY UNSUBSTANTIATED.)

A woman now says they are not here because they want to be here, but because they have to. They have seen people die during the journey.
They are saying everyone has a right to ask for asylum in the United States and are asking President Trump to respect that.

In addition to demanding a quicker asylum process in the United States, the migrants also requested an end to the “arbitrary, manipulative and involuntary deportations” in Mexico and a formation of a “commission by the incoming Mexican government” to negotiate a “permanent solution” for migrants wishing to remain in Mexico. They also asked for “Human Rights” officials to accompany them at detention centers and for the names of all deported migrants to be released publicly.