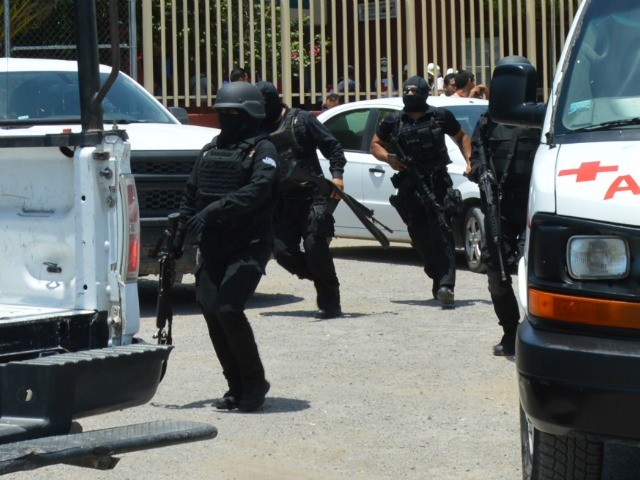 Members of the first migrant caravan voted on traveling to Tijuana to avoid other cartel-controlled areas such as Tamaulipas and Coahuila. The new route will be almost three times longer than aiming for the Texas border where most human smuggling activities occur.

During a planned break in Mexico City, members of the first migrant caravan held a vote to determine the route they would take, El Manana reported. The vote took place at the Jesus Martinez Palillo Stadium, where the members decided that it was best to trek or hitch rides 1,800 miles from Mexico City to Tijuana, Baja California–as opposed to 660 miles to Reynosa, Tamaulipas. The decision was based on the “insecurity” in those areas.

The border cities directly south of Texas are under the control of factions of the Gulf Cartel and Los Zetas, which rely on human smuggling as a primary source of income. The organizations have been at war for years, leading to daily shootouts and armed carjackings.

While Tijuana has seen a sharp escalation in cartel violence, local organizations have not been tied to the widespread kidnapping, rape, and murder of migrants typically associated with Los Zetas and the Gulf. Tijuana has various cartels operating in the area, such as the Sinaloa Cartel, Cartel Jalisco New Generation, the Beltran Leyva Cartel, and the remnants of the Arellano Felix Cartel (Tijuana Cartel). Tijuana saw more than 2,148 murders in 2018, a record figure tied to an ongoing struggle between the Sinaloa Cartel and CJNG.

In 2010, Los Zetas murdered 72 Central American migrants in San Fernando, Tamaulipas, at a cartel ranch after the criminal organization’s smuggling fees went unpaid. In what became known as the San Fernando Massacre, Los Zetas lined up the migrants inside a barn and shot them all. One survived and managed to get help. By the time the Mexican military arrived and fought off Los Zetas, everyone was dead.