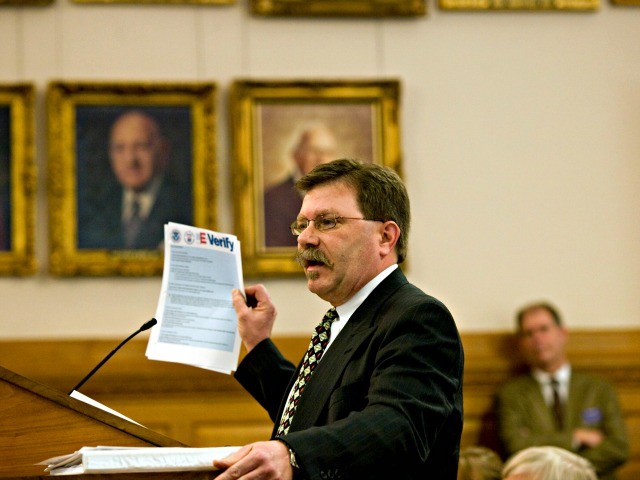 Nearly 6-in-10 Hispanic American voters in the midterm elections this month say they support mandatory E-Verify, which is designed to prevent U.S. businesses from hiring illegal aliens over American citizens.

Exit polling conducted by Zogby Analytics for the Federation for American Immigration Reform (FAIR) reveals the vast and widespread support among all Americans for nationwide mandatory E-Verify.

Immigration experts have routinely called on the current Republican-controlled Congress to support nationwide mandatory E-Verify, saying such implementation would drastically cut down illegal immigration to the country.

Business-first and establishment Republicans, House and Senate Democrats, the open borders lobby, and the Business Roundtable, however, have blocked mandatory E-Verify from becoming law despite its widespread support.

The implementation of mandatory E-Verify, coupled with a reduction to legal immigration levels, would stabilize the U.S. population,which is currently expected to hit record growth levels if mass immigration to the country continues.