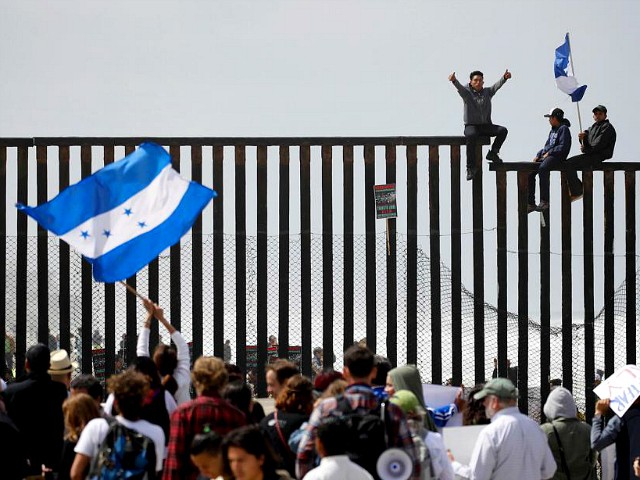 The vast majority of Republican voters and more than 53 percent of swing voters in the recent midterm elections support President Donald Trump’s most central promise: The construction of a border wall along the U.S.-Mexico border.

Exit polling conducted by Zogby Analytics for the Federation for American Immigration Reform (FAIR) reveals the vast majority of Republican voters — more than 80 percent — support the construction of a border wall along the southern border. Less than five percent of Republicans oppose a border wall.

Despite running on a promise to stem the inflow of illegal aliens into the U.S., illegal immigration at the border has steadily continued, with nearly 51,000 border crossers being apprehended in the last month alone.

Nearly 90 percent of all midterm election voters called illegal immigration either a “problem” or a “serious problem” facing the nation. This includes nearly 83 percent of Democratic voters and more than 85 percent of swing voters.

Though a border wall was the central tenant of Trump’s 2016 presidential campaign, the construction of the barrier has yet to be funded — much less built. Months ago, before the midterms, the Republican-controlled House approved nine spending bills — none of them included funding for a border wall.

A Department of Homeland Security (DHS) funding bill that includes only $5 billion for Trump’s border wall ties the funds to a slew of open borders policies that would inundate the country with more mass illegal and legal immigration. The open borders policies have been pushed along by Rep. Kevin Yoder (R-KS), as Breitbart News chronicled, who recently lost his congressional race.

Pro-American immigration reformers have requested the Republican-controlled House and Senate to pass the full $25 billion worth of border wall funding immediately before Democrats take control of the lower chamber in the new year.

House Minority Leader Rep. Nancy Pelosi (D-CA) has already vowed, on two occasions, that her caucus will not support any border wall funding once they are in charge of the House.

“I don’t see any of us [House Democrats] voting for wall funding,” Pelosi said last month.

Trump has signaled that he may shut down the federal government before the new year unless he receives funding for his border wall, Breitbart News reported. The funding Trump is asking for, though, is only a fifth of what is needed to construct the wall.