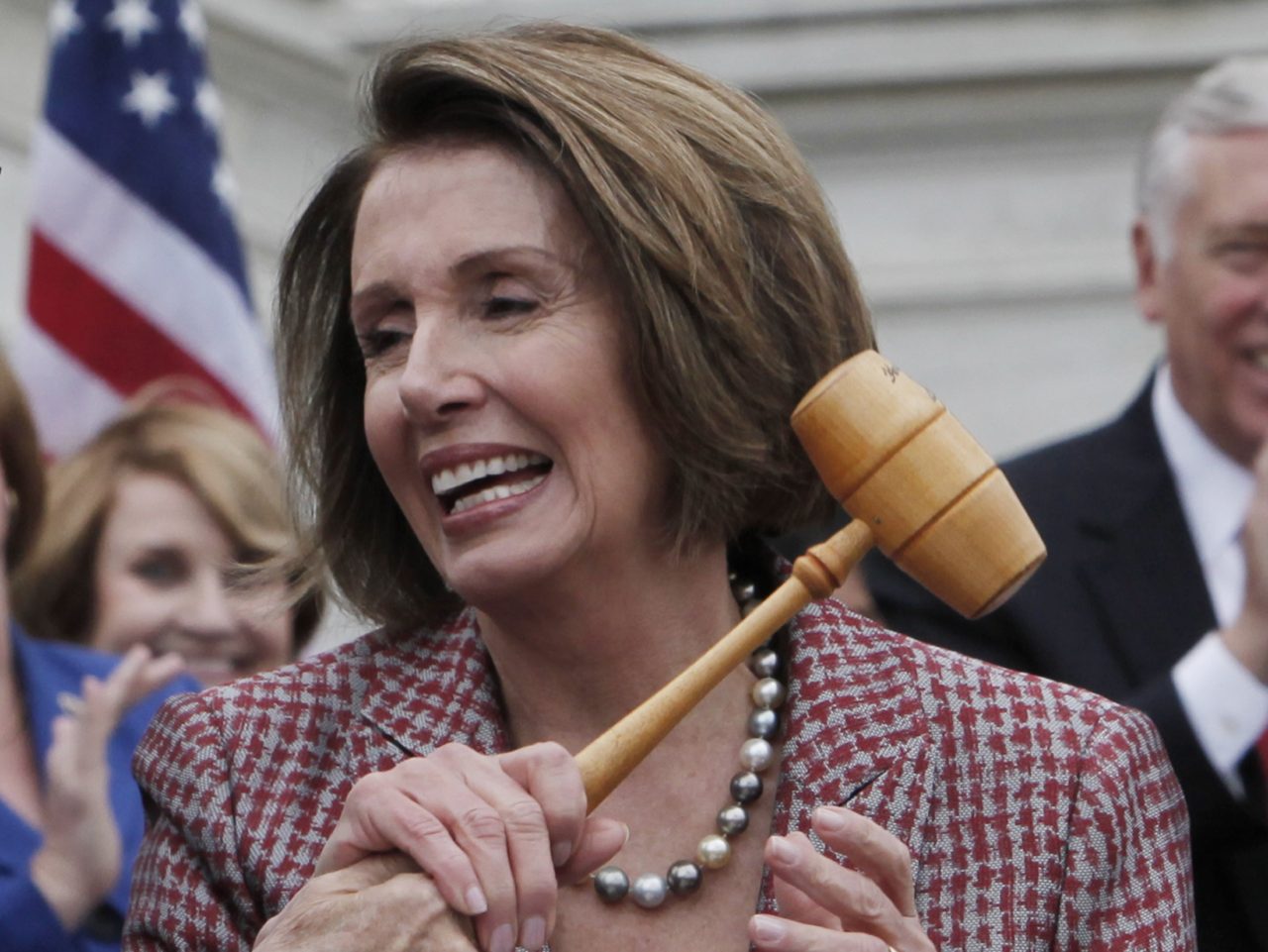 In the middle of the summer heat, 58 Democrat House of Representatives candidates and incumbents went on the record to express their opposition to House Minority Leader Nancy Pelosi (D-CA) regaining the Speaker’s gavel if the Democrats retook control of that chamber in the 2018 midterm elections.

Now, as the dust settles on the election, Democrats have gained 30 seats so far, giving them the majority in the House.

And because many of the candidates who spoke out against Pelosi lost their election or re-election bid, the 58 Democrats — a list compiled by NBC news — had dwindled to 22 if those winners stick with their mid-summer statements that they would not vote for Pelosi if a speakership contest unfolded pitting her against another Democrat.

Remaining opposition
The Democrats who won reelection on Tuesday and who said they were a “no” on Pelosi now number five, including Rep. Linda Sanchez (D-CA).

“I do think it’s time to pass a torch to a new generation of leaders. … I think there comes a time when you need to pass that torch,” Sanchez said on October 5, 2017. And I think it’s time.”

“I am looking for someone who will return us to regular order – in procedure, and with legislation,” Rep. Bill Pascrell (D-NJ) said in a statement to NBC. “The institution is not working. Chairmen must be given their power back. … It’s time to turn the corner.”

Rep. Conor Lamb (D-PA) told the Pittsburg Post-Gazette in January: “I think we need new leadership on both sides.”

The Buffalo News reported in June that  Rep. Brian Higgins (D-NY) said he will not back Pelosi for another term as speaker.

“No, probably not,” Tlaib, one of two who will be the first women Muslims in Congress, told CNN in August.  “Supporting big banks and supporting efforts that I don’t think put the people first is troubling.”

“She doesn’t speak about the issues that are important to the families of the 13th Congressional District, and they are a priority for me,” Tlaib said.

“We need new leadership in Washington, on both sides of the aisle, and at every level, from first-term members to Congressional leadership, and for this reason, under no circumstances,would I vote for Nancy Pelosi to again be Speaker of the House,” Abigail Spanberger (D-VA), who defeated Republican Dave Brat, said in a statement to NBC News.

“I won’t be supporting Nancy Pelosi…. I want new leadership to set up and move this country forward,” Jason Crow (D-CO) told the Denver Post in July.