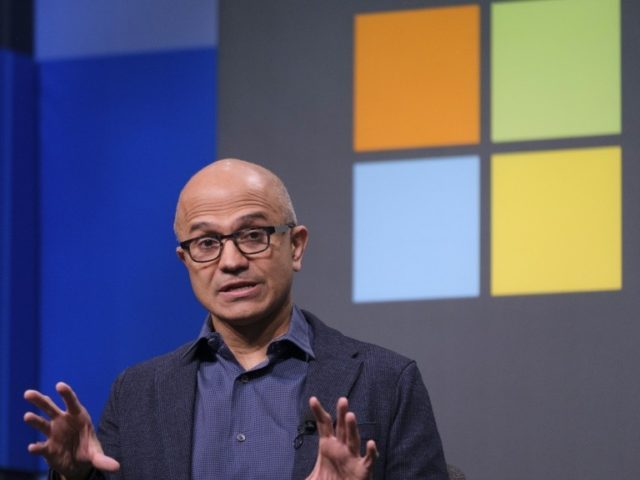 More than 250 Microsoft employees have urged CEO Satya Nadella to cancel the company’s contracts with the Seattle Police Department as part of a larger movement to defund the city’s police force.  Nadella has bowed to the pressure, saying “My response is this: Yes. We have to act. And our actions must reflect the values of our company and be directly informed by the needs of the Black and African American community.”

The International Business Times reports that over 250 employees have signed a letter sent to Microsoft CEO Satya Nadella urging the firm to cancel contracts it has with the Seattle Police Department as protesters across the United States call for the defunding of the police.

The employees have urged Nadella to call for the defunding of the Seattle Police Department and the resignation of the Seattle Mayor Jenny Durkan, who protesters have said failed to control the police’s “inhumane responses” against  protesters in the city.

The original letter was originally signed by 20 employees who stated that they live in the Capitol Hill area in Seattle where protests have taken place since the death of George Floyd.

“Our neighborhood has been turned into a warzone,” the letter stated. “Every one of us in the CC line are either firsthand witnesses or direct victims to the inhumane responses of SPD to peaceful protesting.”

The employees stated that since the beginning of the protests they have health with “24/7 helicopter noise, teargassing, flash banging, rubber bullet, gunshots, and vans/buses filled with armed law enforcement.” As a result, they want Nadella and Executive Vice President Kurt DelBebe, to “bridge this gap of disconnection, misinformation, and complacency.”

The letter states: “Every passing day, we feel that our fellow co-workers, managers, and leaders who live miles away outside of Seattle are severely disconnected to the violent reality thousands of people have been facing every single day since last Saturday.”

In an interview with Fox Business, Nadella stated that Microsoft must act on employee’s calls for reforms, stating: “My response is this: Yes. We have to act. And our actions must reflect the values of our company and be directly informed by the needs of the Black and African American community.”

Microsoft’s contracts with the Seattle Police Department are not clear but the firm reportedly provided the department with surveillance products.