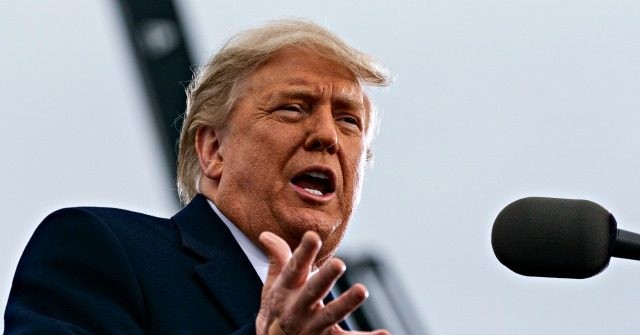 “Now you got to get your governor to open up your state okay? Trump said, as the crowd gathered in Muskegon, MI, cheered wildly.

“Lock them all up,” Trump replied.

The president warned his supporters that Biden would level more public lockdowns in an attempt to control the coronavirus pandemic.

“The Democrats would terminate our recovery with a draconian, unscientific lockdown like your governor is doing for everybody except for her husband,” Trump said, referring to the story of Whitmer’s husband requesting to get his boat on the water for Memorial Day weekend, despite the lockdowns.

“A guy like Biden and the Democrats want to keep Michigan locked up, locked down, and closed for business,” Trump continued.

The president also referred to the disrupted plot by radicals to kidnap the Michigan governor and start a civil war.

“Then I guess they say she was threatened, and she blamed me!” Trump said. “And our people are the ones that worked with her people.”