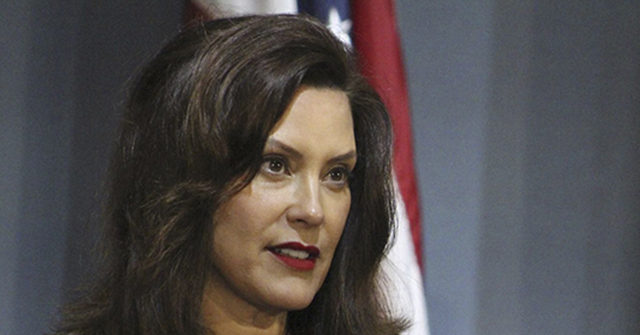 Michigan state Rep. Matt Maddock (R-Milford) told The Kyle Olson Show this week that Gov. Gretchen Whitmer should be impeached over her disastrous coronavirus nursing home policy that led to the death of numerous residents.

Maddock argued if Whitmer would have included the legislature in the decision-making process, Whitmer’s nursing home policy, which sent coronavirus-infected patients to the facilities to recuperate, never would have been implemented.

“There would have been open debate and discussion on the House floor and in the Senate about whether or not this was a good idea or a bad idea to send people who are Covid-positive into our nursing homes with people who are frail,” Maddock said.

“And I guarantee you this: There would not be one vote on the House or the Senate floor that would have allowed her to do that or thought that was a good idea,” he said, dubbing Whitmer a “Mean Karen.”

Maddock said the process cannot start until House leadership agrees to pursue it.

Outgoing Speaker Lee Chatfield, who has about six weeks remaining in his term, said he will not bring it up for a vote. Via ABC 12:

However, Chatfield doesn’t plan to bring up the impeachment legislation in the House during the current term, which ends Dec. 31. He said an effort to impeach Whitmer would lack merit and would be every bit as “shameful” as the impeachment efforts against President Donald Trump.

“Sometimes you have to ignore the polls and do what’s right to lead,” Maddock said, adding he believed it was a mistake to make a decision “that fast” on the issue.

In Michigan, the House of Representatives initiates impeachment and a majority vote is required. In the next legislative session, Republicans will have a 58-52 majority, according to Mlive.

Three representatives would be appointed to prosecute the impeachment case in the Senate. Two-thirds of senators must vote to convict the governor in order for her to be removed. Republicans hold a 22-16 majority in that chamber, Ballotpedia reported, so at least four Democrats would need to vote affirmatively for removal.

When asked what he thought the impeachment investigation will find, Maddock responded, “I think we’re going to find a lot of dead bodies.”

He said many died alone and scared.

“Some of them starved themselves to death,” he said. “They were so depressed, they stopped eating. Many families watched their grandparents and great-grandparents die in a Zoom call. Can you believe that?”

In June, state Sen. Peter Lucido said if elected Macomb County prosecutor, he would pursue criminal charges against the governor over the unilateral nursing home policy.

“If we have the information that supports a conviction, which means I can look down at the data, which is not there, the science, which is not there, and have doctors come to testify to support that the medical decisions that were made here were made unilaterally by one person only — Gretchen Whitmer — you’re damn right he’s going to get charged because she deserves to own up to those deaths in those nursing homes,” Lucido told the No BS News Hour podcast.

Breitbart News contacted Lucido’s office to see if he will follow through on his promise once he is in office. He did not respond.

“We are being obedient,” Maddock argued. “She’s not. She’s defying court orders. She is violating our constitutional rights and we have to stop her.”