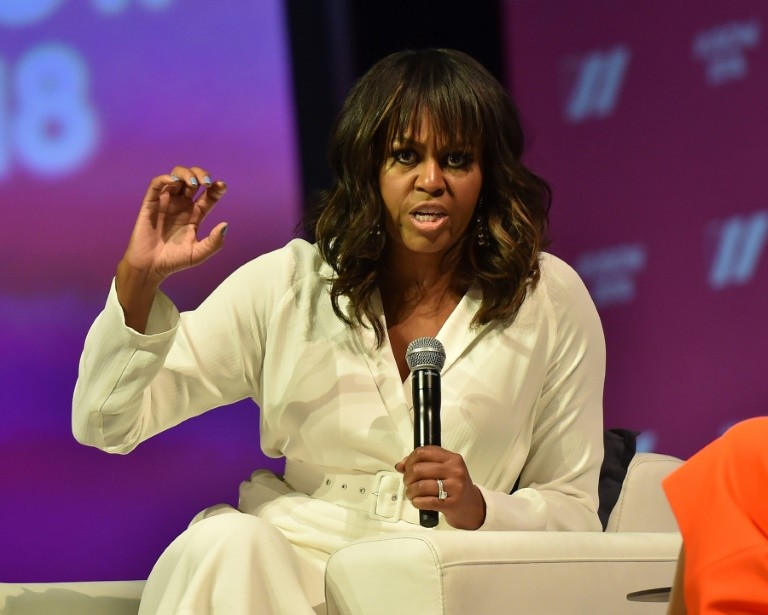 Former first lady Michelle Obama has spoken of her shock the night President Donald Trump won the presidency, revealing she tried to “block it all out” after he defeated Democratic candidate Hillary Clinton.

In her upcoming memoir Becoming, first seen by the Associated Press, Michelle Obama discusses her life as the wife of former President Barack Obama, delving into topics such as her experiences of racism and difficulties with her marriage, going as far as to admit that the couple saw a counselor.

The book also sees her take aim at Donald Trump, denouncing him for the infamous Access Hollywood tape, where he can be heard talking about grabbing women by their vagina. According to Obama, this was Trump’s way of saying: “I can hurt you and get away with it.”

She also accuses Trump of “stalking” Hillary Clinton around the debate stage, arguing that his standing nearby was an attempt to “diminish her presence.”

Although she typically refrains from directly criticizing her husband’s successor, Obama has made various comments against Trump and his supporters. Speaking at the United State of Women Summit in Los Angeles in May, she attacked Trump’s voters as unthinking.

”Sorry, in light of this last election, I’m concerned about us as women and how we think. And what is really going on. What is going on in our heads where we let that happen, you know?” she said. “When the most qualified person running was a woman, and look what we did instead, I mean that says something about where we are.”