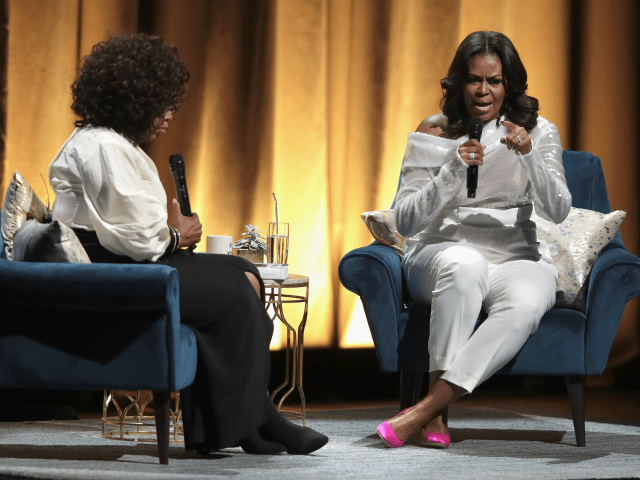 Obama, who is currently on a 12 city book tour, told Oprah Winfrey she broke down crying on the plane after Trump was sworn in. She says it had nothing to do with Trump.

“When I got on the plane, I sobbed for 30 minutes,” she said. “I think it was just the release of eight years trying to do everything perfectly.”

According to the Hollywood Reporter, Obama was appearing before 14,000 screaming fans in Chicago, “which felt part talk show, part political rally and part rock concert, complete with $35 Michele Obama T-shirts emblazoned with her face and the title of her just-released memoir, Becoming.”

Although the memoir criticizes Trump for re-igniting the controversy over Barack Obama’s place of birth, something the former first lady says she will never forgive the current president for, according to the report, she did not criticize Trump during the 90-minute event with Winfrey.