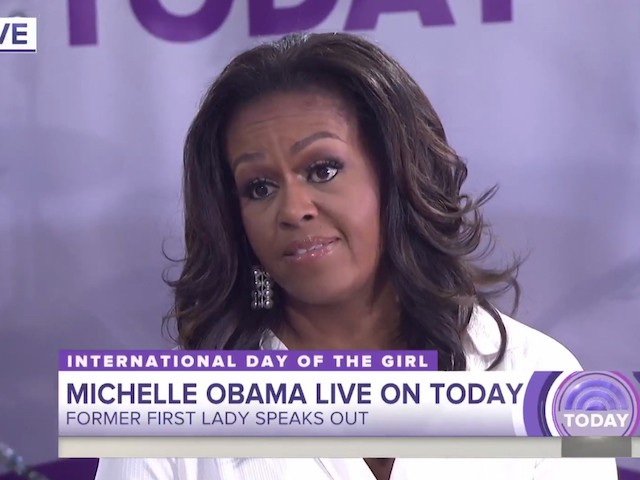 Earlier in the week, Clinton said it is impossible to be civil until Democrats regain power.

Co-host Samantha Guthrie cited both Clinton and Holder when asking Obama if she still believes in her motto from her 2016 Democratic National Convention speech when she said, “When they go low, we go high.”

She continued, “You know if we think of the values that we try to promote to our children. Savannah, you’re a mother. Right now, and at this point, you have to think about what are the things you’re telling your girls? Which motto do you want them to live by? I have to think about that as a mother. As someone who is a role model to young girls, we want them to grow up with promise and hope. And we can’t model something different if we want them to be better than that.”