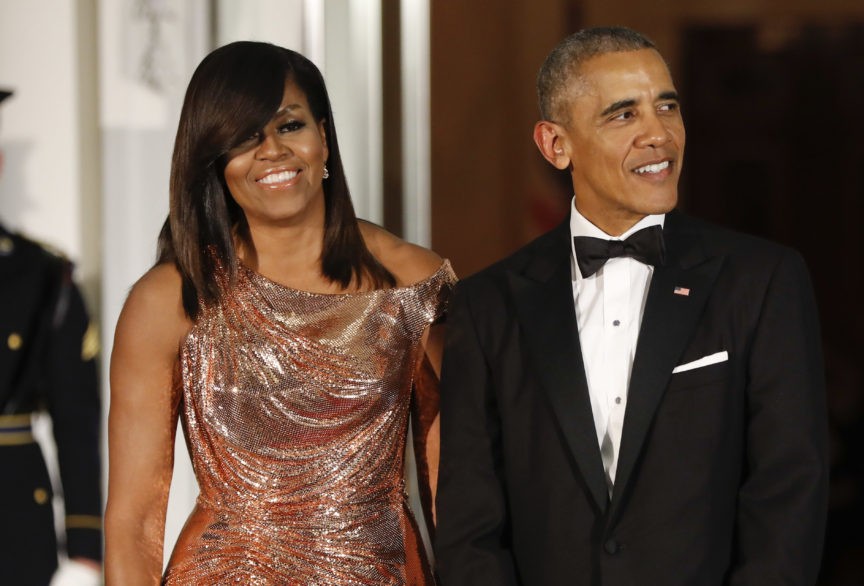 Former First Lady Michelle Obama writes in her memoir, Becoming, that her husband’s presidency “contributed to a reactionary sense of fear and resentment” among some Americans.

Obama launched her book tour on Tuesday evening with Oprah Winfrey at Chicago’s United Center before an estimated crowd of about 14,000. Before her book tour kicked off, ABC News anchor Robin Roberts interviewed her for various segments that ran on ABC’s platforms.

“Our presence had been celebrated by millions of Americans, but it also contributed to a reactionary sense of fear and resentment among others,” Obama writes in her memoir. “The hatred was old and deep and as dangerous as ever.”

When Roberts asked Obama if the “seed of discontent” that she thinks allowed President Donald Trump to get elected stared during her husband’s presidency, the former first lady answered: “I would like to indulge the question, but it requires a level of speculation about how people are feeling and thinking that I don’t have and I think that we’re going to have to figure that out as a nation.”

Earlier in the year, former President Barack Obama accused Trump of “just capitalizing on resentments that politicians have been fanning for years.”

“A fear and anger that’s rooted in our past, but it’s also born out of the enormous upheavals that have taken place in your brief lifetimes,” Barack Obama said at the University of Illinois at Urbana-Champaign.

At her book launch event, the crowd reportedly roared when Oprah Winfrey did not mention the Trumps by name and referred to them as “other people.”