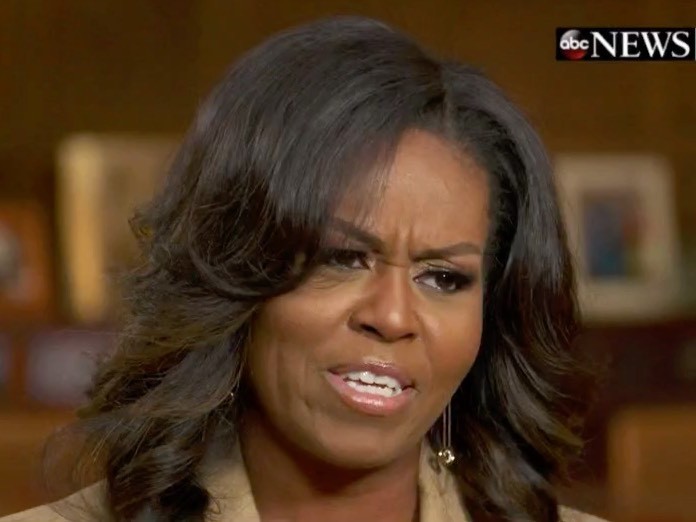 Obama revealed she was found Barack attractive, but she had her “suspicions” because a bunch of white people were fawning over him.

“I have my suspicions when a bunch of white folks fawn over a black man,” Obama stated. “Because I sort of think, OK, he can talk straight so they think he is wonderful. So — so that was my theory, and then his name was Barack Obama. He was from Hawaii. I thought, what? You know, so I didn’t really know what to expect. And then in walks Barack Obama, and Barack Obama has always walked like Barack Obama, like, he’s got all the time in the world. He had that stride. I was, like, dude, you’re cute, but in my mind, I was, like –”

“Off limits,” Obama continued. “Not even not interested. I’m not going to date one of the few black summer associates, Robin, how tacky.”