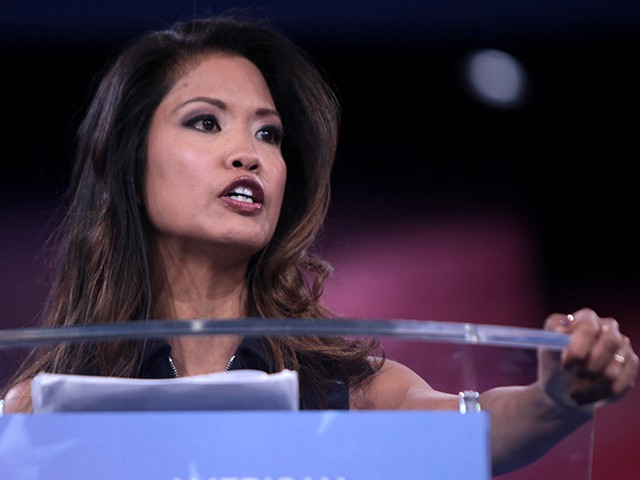 Mansour said, “It seems as if the media is already using [George H.W. Bush’s] passing as a means to bash President Trump, just as they did with the funeral of John McCain. … What lessons do you think Trump could learn from Bush 41?”

Malkin replied, “There are not many I can think of that I might frame in a positive way, and I absolutely agree with you that we’ve seen from the senility mongers of the left the usual vulgar [and] vile behavior. Is there a dead Republican body that the Democrats and the left won’t use to go after Trump? I don’t think so.”

Malkin continued, “The lesson of the Bush regime and the Bush dynasty is something that impoverishes the American worker. It grows the deep state at the expense of small businesses and liberty, and even though the grocery scanner story turned out to be fake news, as Dan Rather once said in defense of his fake news, ‘It was fake but accurate.’”

Malkin added, “The elitism of the Bush wing of the [Republican] party is what Trump defeated, and I think [Donald Trump] has to remember that’s why he’s in the office — because of the adamant rejection of that attitude and those policies. I’m distressed that once again, we have these open borders amnesty Bush Republican Party-type business as usual tactics in dealing with the border wall funding. They’re going to wait ’til the Friday before Christmas? This is disgraceful.”

“I first established [my] website in 1998 and 1999, and I think one of the smartest moves I ever made was maintaining my independent eponymous site because I think it really represents the spirit of the best of what citizen journalism and the blogosphere is about,” said Malkin. “Especially with all the crackdowns that are occurring and that Breitbart especially has been covering so well, we’ve all lived this: the banning, the shadowbanning, the censorship. For me, it goes back to 2006 when one of my earliest videos critiquing jihad —  a tiny little two-minute homemade video I put together called ‘First They Came’ — was yanked by YouTube as ‘hate speech.’ That was 2006. In so many ways, so little has changed, but I wonder: Glenn Reynolds — one of the early godfathers of the blogosphere — quit Twitter last week in the wake of some of the latest suppression of conservative and independent voices. I wonder if there’s an opportunity for a renaissance, back to the golden era of conservative blogging in the blogosphere, if people are just tired of the easy click-bait and shallow coverage. Maybe people want to read things again, so I’ve always got my blog.”

After Mansour described Malkin as “one of the godmothers of new conservative media,” Malkin heralded her relationship with Breitbart News: “The other part of that ethos is the sense of camaraderie that so many independent sites have, and that’s why in large part, after all of these years, I still appreciate the friendship and alliance that I have with you all at Breitbart. it goes back. It’s O.G.”