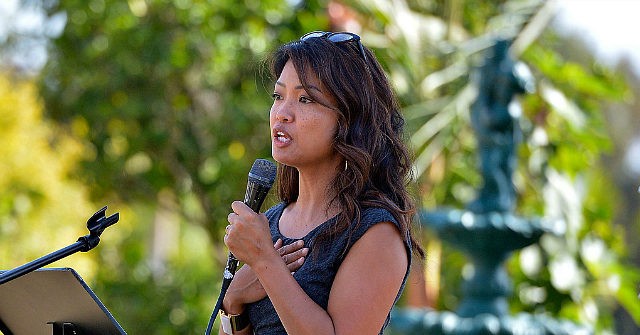 Michelle Malkin warned of tech companies’ increasing political censorship ahead of the 2020 presidential and congressional elections, offering her remarks in a Tuesday interview on SiriusXM’s Breitbart News Tonight with hosts Rebecca Mansour and Joel Pollak.

“What’s alarming is the coordination and collaboration between so-called mainstream journalists and Antifa,” said Malkin. “And along with that, you turn it into a little triumvirate because the Silicon Valley overlords are simpatico with these forces of Antifa whose agenda is destabilization, disruption, destruction of the civil order.”

Technology companies such as Facebook, Google, and Twitter are increasing their deployment of political censorship towards left-wing and partisan Democrat ends, noted Malkin. “Increasingly, the window — or opportunity — to be able to expose it, to criticize it, to fight back is shrinking by the day. That’s what’s so alarming to me.”

Malkin lamented, “There’s going to be a lot of Independence Day celebrations, and I have to say, this is will be one of the darker years, I think, in my mind, where I have not felt like being in a very jubilant mood. I don’t think it is time to be throwing parades right now when so many people’s ability to speak and to assemble is being taken away from them, and there is no recourse for it.”

Malkin continued, “You’ve got people like [Twitter CEO] Jack Dorsey allowing explicit Antifa terrorists to reign free on his platform while ordinary moms and peaceful citizens are being eradicated just like that — poof — and it’s happening even with some of the people this weekend who exposed the videos of the violence in Portland.”

Freedom of speech and expression is being continually eroded by technology companies across the internet, observed Malkin.

“Our once-unfettered access to the internet space is no longer something that we can rely on,” warned Malkin. “It is alarming to me that this change has happened in a matter of ten, fifteen years. Currently, my blog is housed on WordPress, and I was just used to taking it for granted that WordPress would leave me alone to write what I want to write and publish what I want to publish. Yet now, there is an increasing trend of WordPress and other Silicon Valley overlords simply pulling the plug on longtime customers because they see them as threats who might tip the scales when it comes to the 2020 election cycle, or because they simply don’t like their point of view.”

“I know a lot of parents, for example, who have raised questions about mandatory vaccine laws who have blogs that have just been eliminated,” shared Malkin. “There is an incredible investigative researcher, Anne Corcoran, who has run Refugee Resettlement Watch for twelve years and had her website terminated by WordPress just this weekend, just like that.”

Malkin went on, “If her, why not me? Why not Breitbart? Who is next? Of course, you all have been at the forefront of combating these orchestrated campaigns to boycott you, to stop you from doing business, and that’s an MO that goes all the way back to the days of people who tried to get Rush Limbaugh off the air. This is their MO. They are highly organized, and we are not.”

The news media landscape includes personalities who fraudulently market themselves as conservatives to deceive the public, highlighted Malkin.

“Useful idiots,” said Malkin of “Conservative Inc.” news media figures. “How convenient and how lovely that they can sit on their cruises and tell everybody else not to worry and, [saying], ‘After all, aren’t you a free marketeer?’ … And they’re the ones taking money from Google who wants to destroy us all. How dare they.”

“These are the people, the true sellouts in the so-called conservative movement,” determined Malkin.

News media outlets funded by Google are compromised via a conflict of interest in terms of their commentary on matters related to tech companies’ political censorship, assessed Malkin.

“It is completely naive to hear these Google conservatives — I don’t even want to use the word ‘conservative’; they’re not even conservative. I guess they’re conserving their own asses, pardon me … but these Google tools on the right just blindly watching as the best of the right side of the internet and blogosphere are disappearing,” remarked Malkin.

Malkin continued, “At some point, there will be some new disruptive technology, possibly, but you cannot ignore, whitewash, or downplay the monopolistic power that these Silicon Valley companies have secured. … In large part, it has been government contracts and government lobbying that has helped them become as large as they are.”