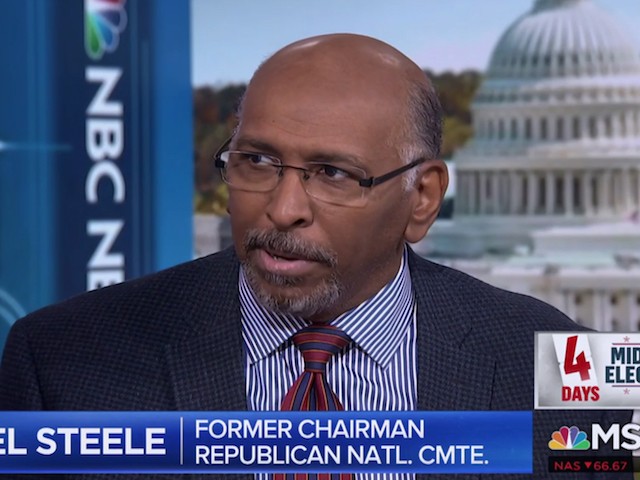 Steele said, “It is better from Trump’s perspective to have a base that is angry and mad at someone other than him. It is sort of the 1950s racism that has been reintroduced into the body politic, and he is thriving on that. So, you know, a great jobs number, and wages going up, and tax cuts, and Supreme Court appointment s appointments, and, yeah, but you should be really concerned about, you know, those brown-skinned people coming from the south. That is to me why you see and hear a lot of women, especially responding the way they are starting to respond. Like at the end of the day, that is not how I want to raise my kids, and they are moving away from that.”

Discussing Trump’s rally comments on birthright citizenship, Steele said, “That is the epitome of stupid. He engages in stupid at a level that we have never seen before, and what is so frustrating and so depressing is that how many political leadership buy into it, and how many of the American people sit there, and as you can hear it from the audience, kind of ‘yeah, yeah,’ Dude, get the dumb cap off and pay attention. First of all, the 14th Amendment is not a policy, but it is the Constitution of the United States, and secondly, you cannot amend that Constitution with an executive order. So, I think that we need to dial back the stupid, and people call can it for what it is. You put your finger on the point, playing to the white nationalism, and gin up the base and instill the fear in them that was otherwise sidetracked by the horrors of last week.”