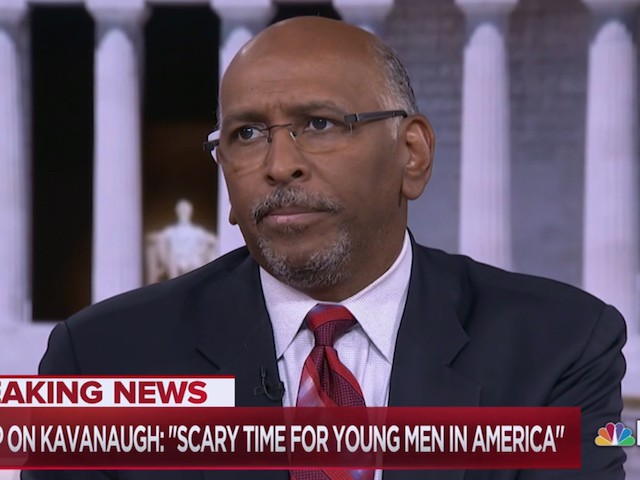 Steele said, “Let’s start with what the president said; at a base level, there is truth in the idea that we don’t want to create an environment in which anyone can be accused of something falsely or wrongly to get back, payback, you know, for bad date or something like that, God forbid. But then the question becomes so then what is the resolution of that? How do you begin to solve that particular question? What are you contributing, Mr. President, to helping us as a nation deal with something that is so profoundly important in light of the nominee you have put forward and the issues that have been raised there? So the answer to that is, ‘Nothing. I have nothing to contribute other than to bloviate about how bad this is for white men.’”

He continued, “He’s not the right messenger given the baggage that he brings to the table on this issue. There’s still at least 18 to 20 unresolved accusations against the sitting president of the United States on this very issue. Of which we have him on tape giving us a sort of how-to in terms of what he does and how he approaches women in his relationships.”

Host Nicolle Wallace said, “Grab them in the bleep.”

Steele continued, “Exactly. So you have that piece. The other piece, though, is how you put in motion and set up the conversation of Judge Kavanaugh. It’s not any longer about the allegations. That’s going to be resolved by the FBI. Now we have to step back and look at how the man performed. How he responded as a judge under fire in a critical situation which was very clearly an aberrant response. I was sitting there with the jaw open, ‘Like dude really?’ Particularly when he went after Senator Klobuchar in a very personal way. That to me should bring a pause to everyone. You know, Nicolle, it won’t. Our team is prepared to die on the hill for this man and take with it every value that we have in that relationship with women.”

On actor Matt Damon’s parody of Kavanaugh, Steele added, “If he does make it to the bench, that then becomes the caricature of his tenure on the bench. You’re the no going to get past news articles. You’re not going to get past video images comparing that ‘Saturday Night Live’ sketch to, you know, the man in the moment. And I think that’s the problem about this that the president, the White House, and Republicans, particularly McConnell on the hill, just don’t care about and are ignoring. That, yes, we’re going to push this through, we’re going to plow through this but going to bring with it a great taint. I think it is a cultural moment. It is a sliding door that now has moved the imagery of this man and turned it around so now the country looks at him, I think, very differently than they otherwise would as a justice coming to the court.”