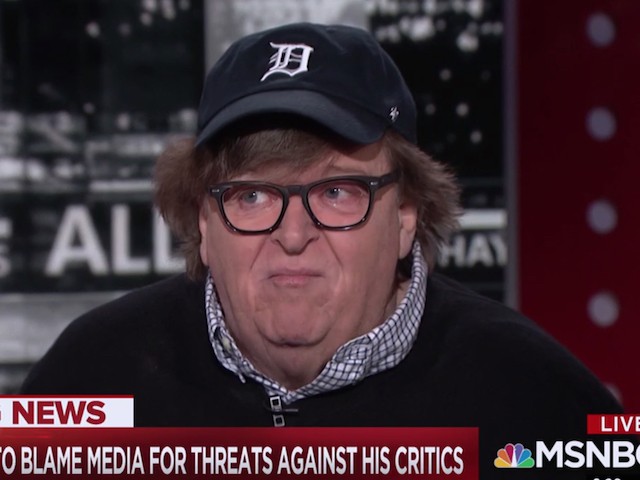 Thursday on MSNBC’s “All In,” filmmaker Michael Moore said President Donald Trump knows his rhetoric was encouraging people to take action, like whomever who sent bombs to several political figures and CNN’s New York offices.

Moore said, “I think that everybody should stop pretending that Trump doesn’t really know what he’s doing. When he says these things he knows exactly what he’s trying to encourage.”

He continued, “Jeff Zucker from CNN made a comment yesterday that he seemed—that Trump seems to lack comprehension over his actions. I think he completely comprehends his actions and what he’s doing. And how he’s trying to encourage his nationalist people to make sure they get out to the polls on November 6. And they’re counting on liberals and Democrats and people on the left to scare easily, to, you know, get all like this and not have the sort of vigor that the other side has.”

Host Chris Hayes said, “I just want to make sure I’m clear what you’re saying, you’re saying you think he knows what he’s doing in terms of rhetoric, encouraging people to take action, like the action of the person who sent the bombs?”

Moore continued, “He said, I believe on August 9, 2016, that he was saying that the election was going to be rigged and he was calling upon his Second Amendment people to be there.”

He added, “I think he was calling for violence if he lost. He probably will not take it very well when he loses on November 6.”