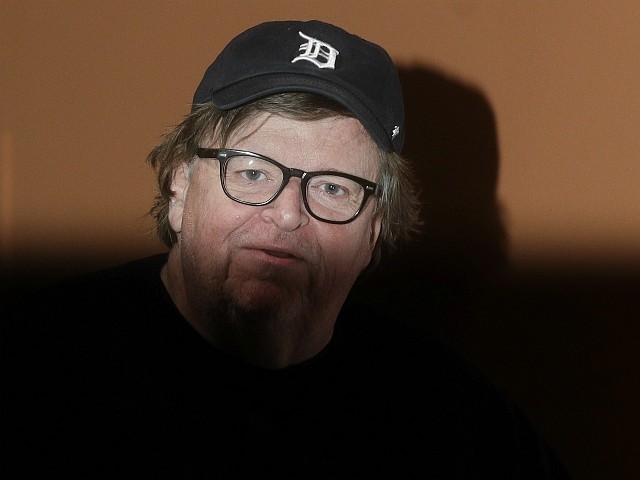 Well, Obama saved General Motors. We paid for it. Now General Motors is doing what they’ve always done. That’s the thing about Trump. He doesn’t understand how he’s been played by GM. GM has been doing this for a long time,” Moore said. “Give us taxes breaks, give us tax abatements so we don’t have to pay property taxes and we’ll create all these jobs.”

General Motors will cut up to 14,000 workers in North America and put five plants up for possible closure as it abandons many of its car models and restructures to focus more on autonomous and electric vehicles, the automaker announced Monday. The reductions could amount to as much as 8 percent of GM’s global workforce of 180,000 employees. The restructuring reflects changing North American auto markets as manufacturers continue to shift away from cars toward SUVs and trucks.

The cuts include roughly 8,000 white-collar employees, or 15 percent of GM’s North American white-collar workforce. Some will take buyouts while others will be laid off. At the factories, around 3,300 blue-collar workers could lose jobs in Canada and another 2,600 in the U.S., but some U.S. workers could transfer to truck or SUV factories that are increasing production.

HAYES: This week, General Motors announced it was shutting down production at there factory in Warren, Michigan and four other factories in North America, and laying off almost 15,000 workers.

MOORE: Well, Obama saved General Motors. We paid for it. Now General Motors is doing what they’ve always done. That’s the thing about Trump. He doesn’t understand how he’s been played by GM. GM has been doing this for a long time. Give us taxes breaks, give us tax abatements so we don’t have to pay property taxes and we’ll create all these jobs. That particular plant in Detriot is called the Poletown plant, they promised 6,000 jobs. There’s about 1,600 that work there. They never got to the 6,000 jobs. They never followed through on the thing they promised on. If Trump had any sense of history if he had studied anything about Corporate America, which he should of, because here is the thing with him. His indignation is ‘it sounds right,’ but he should know better. He gave all corporations a historic tax cut last year.

MOORE: Yes. They made, last year their profit was $6 billion, General Motors.

MOORE: This is not a company that’s hurting. I’ve wondered in these two years why Corporate America and Wall Street have been sort of quiet about Trump. He’s never been one of them. When he first ran he said he was going to make those hedge fund guys pay more in taxes. He hates Wall Street.

HAYES: I don’t know. He says he hates Wall Street.

MOORE: They have always hated him. To Corporate America to Wall Street, Trump’s been the trailer trash of the millionaire class. They never let him into their exclusive high-end club.

He gets into office and what does he do? He gives [GM] a big tax cut. He eliminates federal regulations for fuel efficiency, for air pollutions. He does all the things that they want him to do as their ‘boy’ and then this is what they go do. You’re such a fool Trump! You’ve been played again by these people who have never liked you.

The Associated Press contributed to this report