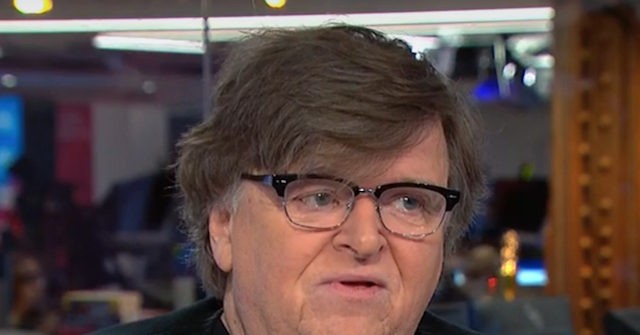 Moore said, “Never take Trump for granted. If anybody is sitting at home thinking ‘Oh, man, we’ve got this one in the bag. Whoa, did you hear him today? He said he’s done more for black people than Abraham Lincoln. Whoa! We’re going to win,’ No. No. I’m telling you. I’m warning you, and I’m begging you, please, do not sell this man short. He has pulled off so many things, so many times.”

On Trump voters, Moore said, “It’s white men, a lot of white men, two-thirds of white men voted for Trump, feel that their grip on power is quickly fading. It’s being taken from them. They’ve been watching what’s going on the last couple of weeks. They are just as angry at that cop in Minneapolis because he’s really messed it up for the white male holding onto that power. I think white men and their fear of this —notice how Trump’s base really never changes. That percentage that’s going to vote for him. It’s 40, 41. On a good day, it’s 43 or 44. It always stays within the margin of error. That’s because it doesn’t matter what Trump does. They are going to show up. They’re counting on their rage, and their emotion is so much stronger. They have the courage of their convictions. They believe, and they’re counting on us not showing up in that same way.”