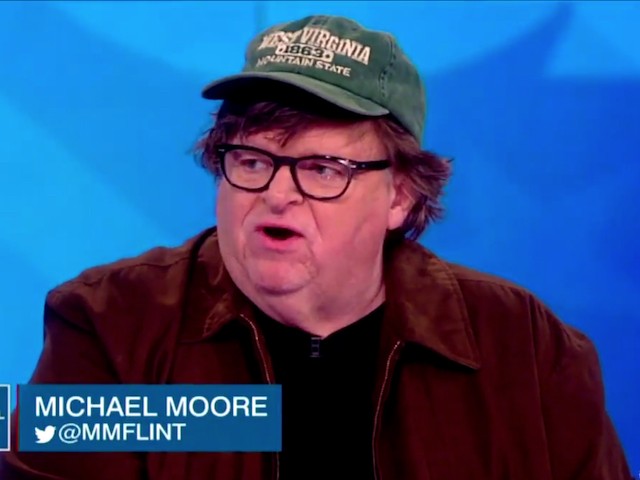 Friday on ABC’s “The View,” filmmaker Michael Moore said he didn’t “even know if we’re going to get to 2020 as a democracy” when asked who he thinks could beat President Donald Trump in the next presidential election.

Michael Moore said, “It’s the Trump Party, right. Even John Boehner said that, the Republican Party is dead. It’s the Trump Party, let’s start calling it what it is. Yes, I did try to warn people. I live in Michigan so I saw what was going on. And I saw that a lot of people who didn’t necessarily like Trump wanted to use him as their Molotov cocktail to blow up a system that had hurt them. And they didn’t know any other way to do it. Remember, in the primary they voted for Bernie over Hillary. So there were already indications that there were discontent and people wanted something different. They wanted change.”

Co-host Joy Behar asked, “Do you think Bernie would have been beaten Trump? Because they were similar in many ways.”

Abby Huntsman interjected, “So who’s your choice? Who do you think would beat Trump?”

Moore replied, “The honest answer to that is I don’t even know if we’re going to get to 2020 as a democracy. I don’t know.”