ROME — Pope Francis met with filmmaker Michael Moore in the Vatican Wednesday. Moore is an admirer of Francis and has called him “the Catholic church’s Gorbachev,” referring to the Soviet premier who was instrumental in bringing down the Iron Curtain.

“Today I met Pope Francis for the first time at the weekly general audience he holds at the Vatican,” Moore tweeted late Wednesday. “We spoke for a number of minutes. I had a question I wanted to ask him and he gave me his answer. I will write about this tomorrow.”

“For tonight, I remain deeply moved and grateful,” Moore said:

Today I met Pope Francis for the first time at the weekly general audience he holds at the Vatican. We spoke for a number of minutes. I had a question I wanted to ask him and he gave me his answer. I will write about this tomorrow. For tonight, I remain deeply moved and grateful. pic.twitter.com/rWL9zRBnjj

Mr. Moore, famous for his documentaries espousing progressive causes, is reportedly in Rome to promote his new anti-Trump documentary called Fahrenheit 11/9. Moore was producing the film with longtime colleague Harvey Weinstein until scandals regarding Weinstein’s serial sexual predation forced him to back out of his legal arrangement with the Weinstein Company.

Harvey Weinstein reportedly “paid just north of $2 million out of the $6 million pledged in a docu deal Moore used to get the film to this point,” and the movie reached completion just before sexual assault allegations blew up against Weinstein.

In 2004, the Weinsteins and Moore had set up a company called Fellowship Adventure Group and released Fahrenheit 9/11, which went on to earn more than $222 million globally as the biggest grossing documentary of all time: 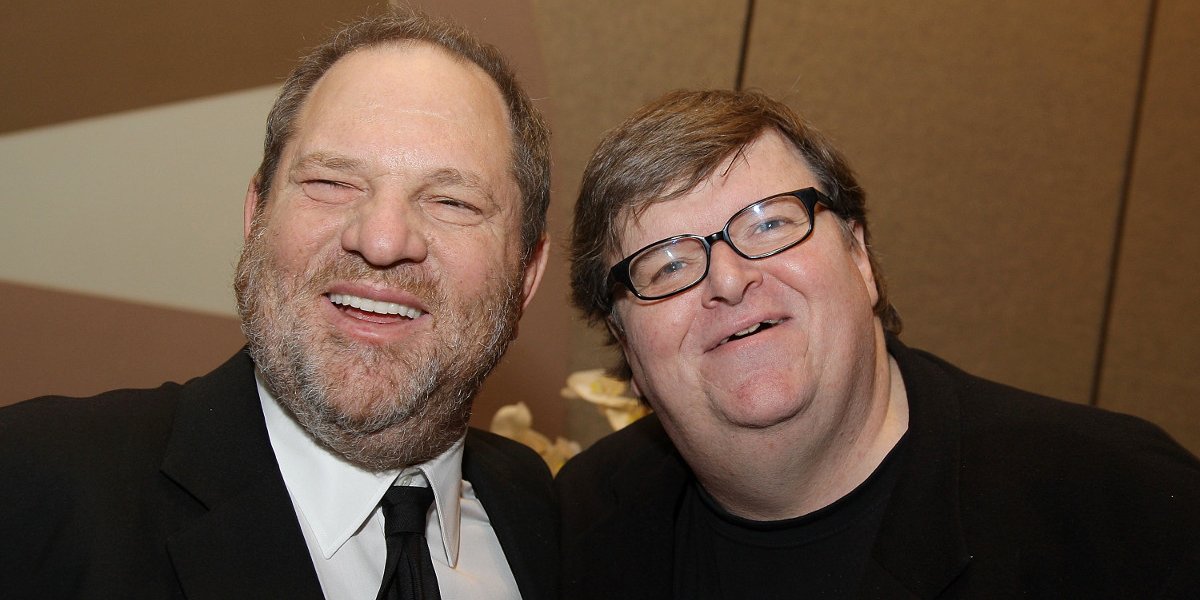 It is not surprising that Moore would wish to meet Pope Francis, having voiced his admiration for the pontiff.

Moore was raised a Catholic but no longer practices, saying he disagrees with the church’s moral positions against abortion and gay marriage.

Appearing on Late Night with Conan O’Brien in 2009, Moore said his parents were “good, Irish Catholics” and that he himself had had a “big Catholic wedding” after having entertained the idea of becoming a priest when he was younger.

“I went to the seminary to be a priest and still live my life that way to this day,” Moore said.

“I wanted to be a priest. I thought it would be a good way. … You know, the war was going on then; I thought the Berrigan brothers were really cool, and I wanted to do something to better the world,” he said, in reference to two brothers who became Catholic priests and agitated for an end to the Vietnam War and nuclear arms.

Not long after the election of Pope Francis, Moore expressed his esteem for the new pontiff, saying his “approach is very different” from earlier popes and comparing him to Mikhail Gorbachev.

“I remember back when Gorbachev was named the new premier of the Soviet Union, and everybody said he’s from the politburo, the same apparatus as all the other guys,” but “oh, my God, he saved the world,” Moore said. “He changed everything around.”

“I would hope this is the Catholic church’s Gorbachev, that he will take this opportunity to turn things around,” he said.

“He has called capitalism a sin. He’s very much against the rich exploiting the poor. He spoke out very early against the Iraq war,” Moore noted approvingly.

We have to pray that this pope is going to be a different pope and that he will lead a church that is going to be “a force against the corporatocracy that is running this planet right now,” he said.

Moore has made films criticizing the Second Amendment and gun ownership, the free market, health care in the United States, the war on terror, and Republican presidents.