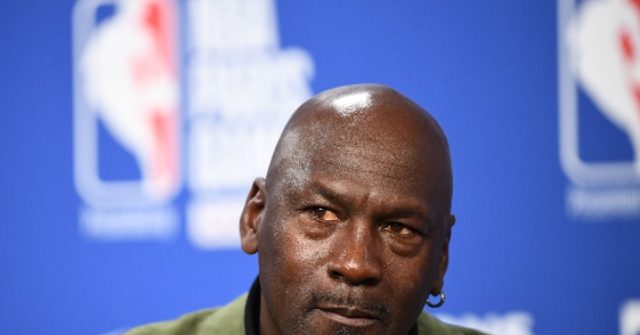 NBA legend Michael Jordan believes the best way for the country to move forward in the aftermath of George Floyd’s death is to put “pressure” on elected leaders to “change our laws,” or use their right to vote to create “systemic change.”

In his statement, Jordan stresses that he doesn’t “have the answers” to the problems confronting the country when it comes to race and policing. Though his “heart goes out to the family of George Floyd and to the countless others whose lives have been brutally and senselessly taken through acts of racism and injustice.”

“Our unified voice needs to put pressure on leaders to change our laws, or else we need to use our vote to create systemic change,” Jordan wrote. “Every one of us needs to be part of the solution, and we must work together to ensure justice for all.”

Jordan’s statement comes as dozens of American cities go up in flames, engulfed by civil unrest as activists and opportunistic criminals ransack private and public buildings, and attack innocents.

Some sense of order began to emerge in Minneapolis on Sunday, as National Guard and law enforcement began to get a grip on the situation. However, more violence spread across the country as dozens of cities began enforcing curfews and building-up police presence.