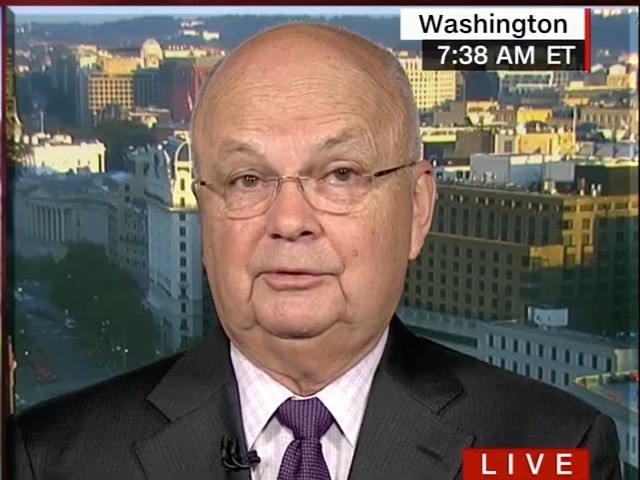 Former National Security Agency (NSA) director Gen. Michael Hayden (Ret.) on Wednesday weighed in on the Brett Kavanaugh saga and said even if the Supreme Court nominee is innocent of the sexual assault allegations, he should remove his name from consideration.

During CNN’s “New Day,” Hayden reasoned Judge Kavanaugh withdrawing would be “the best course of action for the greater good for the nation.”

“I’ve had experience leading large organizations that, you know, you try to be fair, and you move that balance very carefully in a calibrated sort of way to be the most fair you can be, but at some point I’ve had experience, John, where I’ve just said, ‘You know, this is just getting too hard. Maybe there’s a reason that it’s too hard to strike the balance of fairness. Maybe the best course of action, in this case, is to not follow this course of action.’”

He continued, “And when you look at Judge Kavanaugh and how he’s responded to the charges — and John, I am not talking about perjury or anything like that here, I am just talking about we never saw a full-throated, ‘You know, I was probably really stupid in high school and I was probably really stupid in college, but I’m not stupid anymore.’ We’ve never seen that. What we’ve seen is what a military mind, eye, would call quibbling over notes in a yearbook or what did or did not happen at a party. So, this may be the case where the best course for America is just to reboot. Now the sadness is, that’s a great personal tragedy for Brett Kavanaugh and his family, but it also might be the best course of action for the greater good for the nation.”