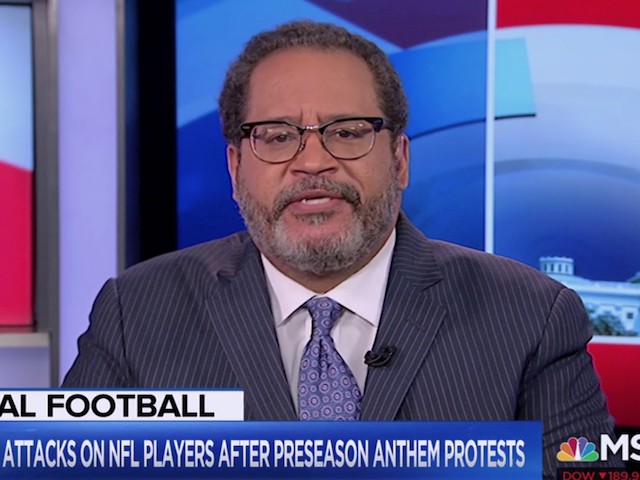 Commenting on Hyde-Smith’s recent controversy, including her public hanging comment, Dyson said, “Not only in 2018 should we be introspective, we should move beyond introspection to reconstruction, and figuring out a way to link our ideals and our practices. And in Mississippi, with the history, the ghost of Mississippi, the blood of Mississippi from its rivers where Emmett Till died, where Medgar Evers died, where those three civil rights workers, two Jews and a black person died, we have to come to grips with it in 2018, and the only way to do that is to take a harder look at what we’ve been able to do and not able to do, and then you know, roll up our sleeves, so to speak, and work together.”

He continued, “Cindy Hyde-Smith is a racist, a white nationalist, a white supremacist. And it is a shame that white Mississippians would exonerate her in advance and excuse her for the intimidating hatred that she expresses, and God forbid that she would then be elected to go to the Senate of the United States to do more damage to Mississippians and America in general.”