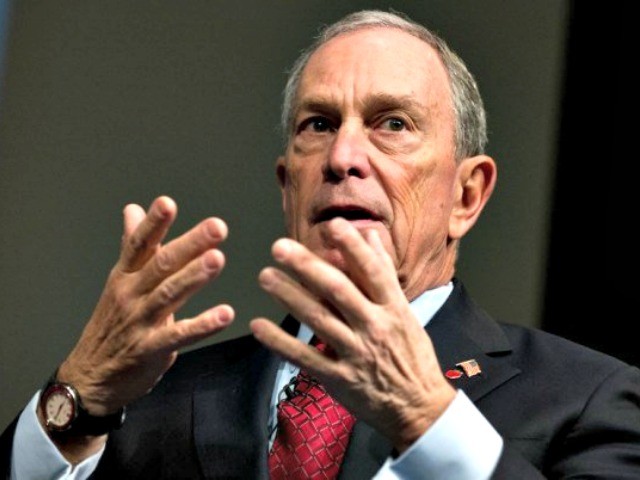 Billionaire businessman and potential presidential candidate Michael Bloomberg slammed Medicare for All on Tuesday, suggesting that “you could never afford it” and that it would cost the country “trillions.”

Bloomberg traveled to Manchester, New Hampshire, this week as he continues to mull whether to run for president in 2020. During his trip, he was asked if he would support eliminating private health insurance and replacing it with a single-payer, government-run health care program otherwise known as “Medicare for All.”

Bloomberg nixed the idea of Medicare for All, saying, “You could never afford that, you’re talking about trillions of dollars.”

Bloomberg asked in NH if he would support eliminating private health insurance & replacing it with Medicare for all. “You could never afford that, you’re talking about trillions of dollars.”

Several studies have pinned the potential cost of Medicare for All somewhere between $32 to $38 trillion over the next years.

The billionaire’s comment arises as 2020 presidential candidate and Sen. Kamala Harris (D-CA) called for eliminating all private insurance and replacing it with Medicare for All.

“It is inhumane to make people go through a system where they cannot literally receive the benefit of what medical science can offer,” Harris said on Monday night. “Because some insurance company has decided it doesn’t meet their bottom line in terms of their profit motivation.”

Potential presidential candidate and former Starbucks CEO Howard Schultz discounted the idea of Medicare for All, suggesting the idea is “not American.”

Democrats have struggled to explain how to pay for Medicare for All.

In November 2018, Democrat National Committee (DNC) CEO Seema Nanda admitted that she does not know how to pay for Medicare for All.

“I don’t know how we’re going to get there, but these are all big conversations that we need to be engaged in,” Nanda said.

Republicans such as Sen. Bill Cassidy (R-LA) have suggested that adding half of the country’s population to Medicare’s rolls will not help its solvency.