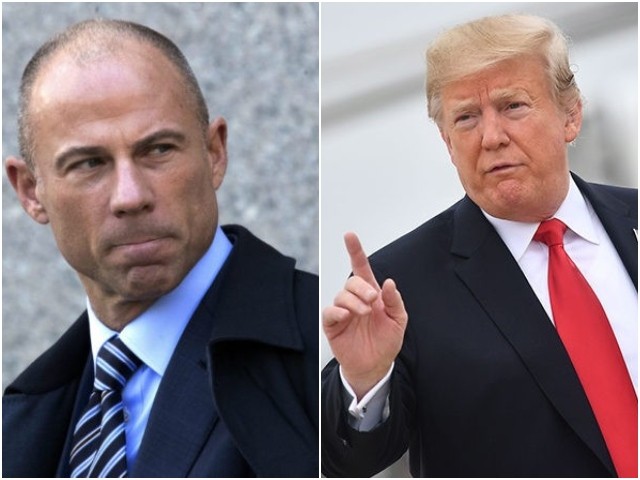 Television lawyer Michael Avenatti told Vanity Fair’s Emily Jane Fox on Thursday that although some Democrats would make a better president than he, unless they possess a “legitimate shot” at preventing President Donald Trump from winning re-election, they would be better served by steering clear of the 2020 White House race.

I asked Michael Avenatti about whether he regrets his involvement in the Kavanaugh nomination, what skeletons he has in his closet, and what his mom thinks of him running for president https://t.co/hoh1Wa6YFw

FOX: There’s one question I want to ask you today that kind of picks up on the latest panel. Are you ready to announce your bid for 2020?

AVENATTI: I am not announcing yet, but I am certainly seriously considering running because I think there’s going to be an enormous amount at risk in 2020 for our nation. I firmly believe that the future of the Republic will hinge on the outcome of that race. In the event that Donald Trump is the nominee on the right, it’s going to take someone very unique to beat him. I don’t think I’m the person that can do it, but I do think it’s a short list, and I think the Democrats are fooling themselves if they think they can nominate someone very similar to the 16, 17 politicians that he beat handling in 2016. I think regardless of who the nominee is, it’s going to be a very, very difficult race if the economy stays where it is.

FOX: Who are some of those people on the shortlist?

AVENATTI: I’m not going to name names. What I will say is that there is a lot of people who have been bantered about that are likely to run. One of the problems is that when someone asks me if I’m going to run for president, I answer it honestly, which is, “I’m seriously considering it.” I have not made up my mind, but I am seriously considering it. You ask any number of the potential candidates on the Democratic side, and they’ll give you the mantra of “I’m working on the midterms. I’m focused on the midterms.” Meanwhile, they have 60 people in Iowa. I don’t know what those 60 people are doing. Maybe they are building the Field of Dreams II in Iowa or something. I don’t know. It’s pretty clear they’re going to run for office.

I think there’s a short list of people who can beat Donald Trump and a number of those people that are considering running. I think they would make an exceptional president. In fact, a number of them would probably make a better president of the United States than I would. But you know what? They don’t have any shot at beating Donald Trump. They have no shot at beating Donald Trump. In my view, if you don’t have a legitimate shot, you don’t belong in the race.