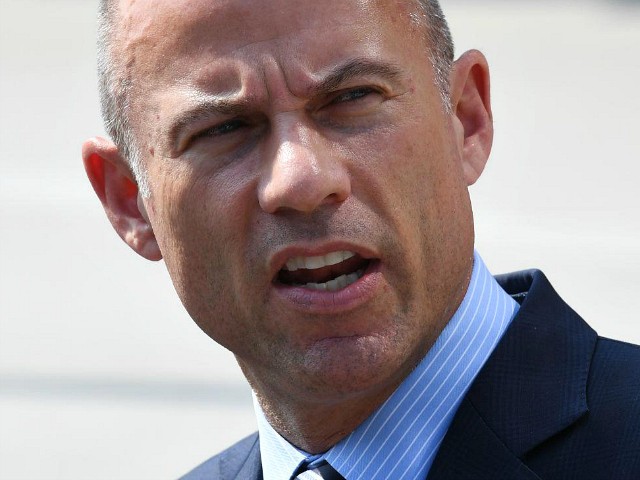 Michael Avenatti, lawyer for pornography actress Stormy Daniels and hero of the Resistance, said in an interview published Friday that demanding a “full” FBI investigation into sexual misconduct allegations against Supreme Court nominee Brett Kavanaugh should be a “litmus test” for the 2020 presidential election.

Avenatti, a Democrat 2020 hopeful himself, told Axios that if a “full and complete” probe into the allegations found that Kavanaugh either perjured himself or engaged in the accused acts, Kavanaugh, President Trump’s nominee, “should be removed from the Supreme Court” if confirmed.

Further, the St. Louis native assumed credit for “tak[ing] the lead on [his] belief that the court should be expanded” to 11 Supreme Court Justices, a demand the attorney claims, stems from his belief that President Donald Trump’s court picks are illegitimate.

Avenatti’s declaration comes as Axios national politics reporter Jonathan Swan writes that the lawyer has established himself as “the tip of the spear, and is energizing Democratic audiences wherever he speaks,” a development multiple Democrat Party leaders believe is the product of a “reckless and unhelpful” approach to publicity.

Earlier, Avenatti warned that if the Senate Judiciary Committee voted to advance Kavanaugh’s confirmation, he and his client, Julie Swetnick, would embarrass Sens. Chuck Grassley (R-IA), Lindsey Graham (R-SC), and Ted Cruz (R-TX) this weekend. “And if you think I am bluffing, you have not been paying attention the last 7 months,” he added. “I don’t traffic in nonsense. I traffic in facts and evidence”:

Warning – If the committee advances the nomination this afternoon, my client and I are going to thoroughly enjoy embarrassing @ChuckGrassley @LindseyGrahamSC @tedcruz and all of the other GOP members on the committee this weekend when her story is told and is deemed credible.

Phoning into ABC’s The View Wednesday, Avenatti discussed Swetnick’s allegations against Kavanaugh and friend Mike Judge, whom she claims spiked party-goers’ alcoholic beverages to “target” women. “My client is ready to meet with FBI agents to disclose what she knows in detail,” he said. “We have also offered that she’ll take a polygraph exam if Brett Kavanaugh will take a polygraph exam. And let me also say that I’m looking forward to anyone attempting to challenge the credibility of my client, because she is absolutely credible. She is a very brave woman, and in fact, she has also obtained multiple security clearances issued by the U.S. government over many, many years.”