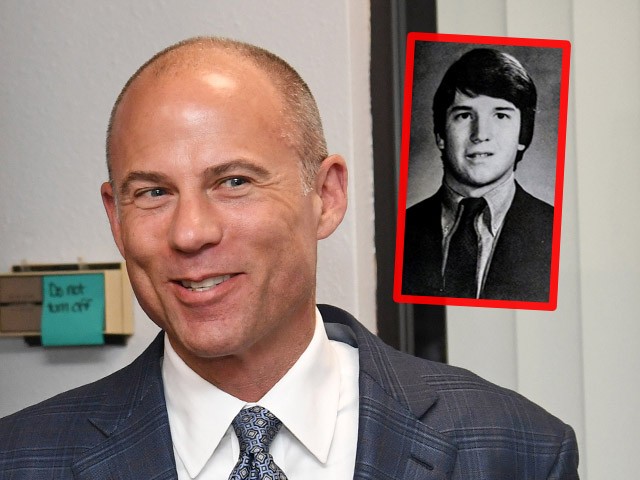 In an email to Mike Davis, Chief Counsel for Nominations for the Senate Judiciary Committee, Avenatti called on the panel to ask Kavanaugh about the meaning of a caption reading “FFFFFFFourth of July” — a code, the lawyer claims, means “Find them, French them, Feel them, Finger them, F*ck them, Forget them.”

Brett Kavanaugh must also be asked about this entry in his yearbook: “FFFFFFFourth of July.” We believe that this stands for: Find them, French them, Feel them, Finger them, F*ck them, Forget them. As well as the term “Devil’s Triangle.” Perhaps Sen. Grassley can ask him. #Basta

“We have reason to believe” that salacious interpretation, Avenatti wrote. “We request that Mr. Kavanaugh provide an answer as why these entries were made and what they stand for.”

My e-mail of this morning directed to Mr. Davis, Chief Counsel for Nominations for the U.S. Senate Judiciary Committee. The American people deserve to know the truth and evidence regarding the allegations. There must be no effort made to avoid it. pic.twitter.com/8pcdW0PqQ1

On Sunday, Avenatti sent an email to Davis claiming he had concrete evidence showing Kavanaugh and Mike Judge attended house parties where they “would participate in the targeting of women.”

“We are aware of significant evidence of multiple house parties in the Washington, D.C. area during the early 1980s during which Brett Kavanaugh, Mark Judge an others would participate in the targeting of women with alcohol/drugs in order to allow a ‘train’ of men to subsequently gang rape them,” Avenatti’s email to Davis reads.

Earlier, Avenatti said he is representing a woman in possession of “credible information” about the Supreme Court nominee and Judge and asked for the opportunity to present his client’s evidence to lawmakers.

I represent a woman with credible information regarding Judge Kavanaugh and Mark Judge. We will be demanding the opportunity to present testimony to the committee and will likewise be demanding that Judge and others be subpoenaed to testify. The nomination must be withdrawn.

Pushing back against claims that he is injecting himself into Kavanaugh’s confirmation for media attention, Avenatti took to Twitter to prop up his client’s credibility, alleging she worked with multiple government agencies and was previously granted access to sensitive information. “My client re Kavanaugh has previously done work within the State Dept, U.S. Mint, & DOJ,” he wrote. “She has been granted multiple security clearances in the past including Public Trust & Secret. The GOP and others better be very careful in trying to suggest that she is not credible.”

Warning: My client re Kavanaugh has previously done work within the State Dept, U.S. Mint, & DOJ. She has been granted multiple security clearances in the past including Public Trust & Secret. The GOP and others better be very careful in trying to suggest that she is not credible

Avenatti has engaged in multiple crass media stunts to maintain his status as a cable news fixture. As of late, the lawyer is crisscrossing the country in search of support for a potential presidential bid in 2020.

In August, Avenatti headlined the Wing Ding Dinner, Democrat fundraiser, in Clear Lake, Iowa, where he took a swipe at Michelle Obama’s “we they go low, we go high” call to action during the 2016 Democratic National Convention. “I believe that our party, the Democratic Party, must be a party that fights fire with fire,” he told attendees.  “When they go low, I say, we hit harder.”

In July, Avenatti showed up at a migrant center in McAllen, Texas, and lambasted President Donald Trump’s border policy a “shit show.” He called what he witnessed “by far the worst day of my legal career.” He tweeted a photo purporting to show several young “boys” whose parents were detained at the U.S.-Mexico border.

Here is a pic I just took at the McAllen airport of seven young boys of detained parents being transported out of the area by handlers via AA flt 5772 to DFW. Who knows where they are going from there. Sending children 1000 miles away from their parents is a disgrace. #Outraged pic.twitter.com/zrqdIFnsWY

A favorite among the “Resistance” crowd, Avenatti has predicted in multiple instances that the president will not serve out his first term, citing his ties to his former lawyer Michael Cohen, who recently pleaded guilty two felony campaign finance violations.

“There’s no question that Michael Cohen knows where many, many bodies are buried,” Avenatti told MSNBC’s Deadline: White House in April. “They are going to turn him. And when they turn him, the president is going to be in a very, very bad place. And I’m going to make a prediction now, I do not think the president will serve out his term. I just don’t.”