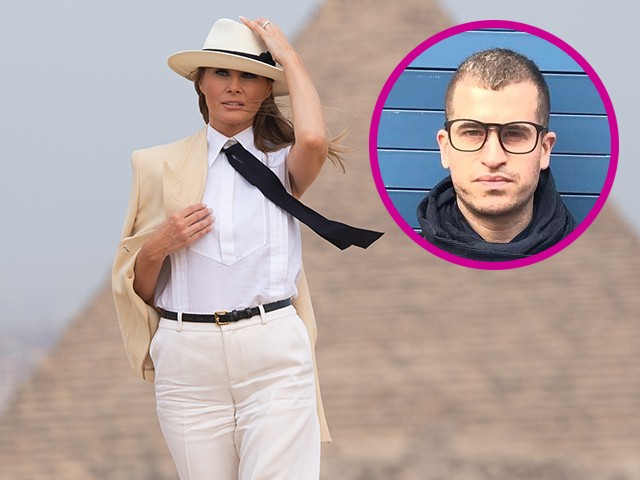 Katz begins by bemoaning the lack of respect his readers give to Mic’s own weekly Melania fashion column. He then launches into an extensive critique of Binder’s use of adjectives to describe the first lady’s universally admired fashion sense.

Mic often gets dinged by readers (and bots) for our coverage of all things Melania Trump fashion via our weekly column which identifies every garment the first lady wears. “Who cares?” the comments often read, with many calling the write-ups sexist. Our justification for the column is simple and twofold: What first ladies wear has always been of interest to the public; plus, fashion is a means of communication, especially for a first lady like Trump who says so little.

Conservative website Breitbart also has a column devoted to Trump’s fashion, with one key difference from our own coverage: the injection of opinion. It is often as simple as hyperbolic adjectives used to describe a particular garment or a look, but it ultimately serves a larger, subliminal narrative: Despite her silence and inaction in her role, Trump’s unwavering ability to look stylish is somehow enough.

Breitbart’s column — which never deviates from flagrant affection but sometimes amps up to profound wonderment — is written by reporter John Binder, whose expertise, according to his Twitter profile, is “immigration and fashion.”

This isn’t the first time the fashionistas have recognized Breitbart’s in-house arbiter of style. Last year, the New York Times featured Binder’s work in a profile for the front page of its Style section.

“You won’t find Mr. Binder in the front row of the season’s hottest shows, gushing over the sometimes kinky collections of star brands including Alexander Wang or Marc Jacobs,” the New York Times’ Ruth La Ferla wrote. “Nor is he likely to get much love from the left-leaning fashion establishment.”

“‘I don’t live this grand fabulous lifestyle,’ said Mr. Binder, who was reared in Slidell, La., near New Orleans, the youngest of eight siblings in a family of moderate means,” La Ferla continued. “‘I don’t come from a place of growing up in a grand apartment in the West Village, from a place of having the same opinion as everyone else.’”

When La Ferla asked Binder how his Breitbart fashion coverage fits with his more extensive reporting on immigration, he explained that he approaches both issues as a populist who respects the tastes and interests of everyday Americans.

“We’re one of the very few news outlets that cover immigration from the point of view of the American worker,” he noted.

As for Breitbart’s fashion coverage, Binder said, “We’re reporting with the gaze of ordinary people who want to look at photos of beautiful women in beautiful clothes.”

Though he admires powerful women, Binder told La Ferla that he does not consider himself a feminist because the movement “has denigrated women, reducing those who feel that their chief purpose is to raise children to feeling that they are not on a par with these yuppies on the Upper East Side.”

You can read more of Binder’s Fashion Notes coverage here.