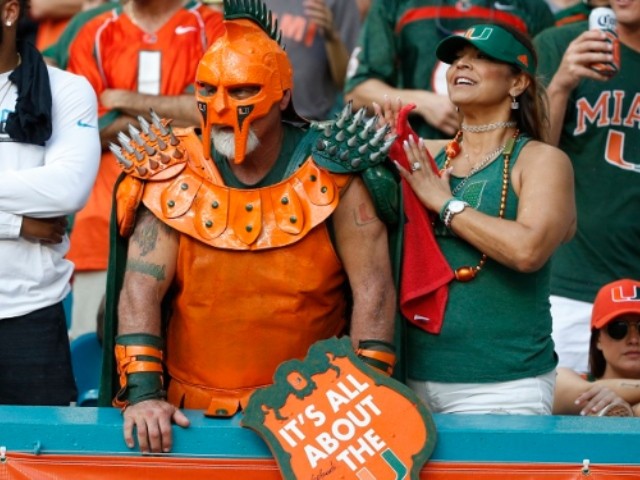 Louis Hedley may look like a 35-year-old bouncer, but in fact, he is a fully tatted, 24-year-old punter from Australia signed by Miami Hurricanes this week.

The Hurricanes kicked off National Signing Day early by signing the 6-foot-4, 215-pound Australian punter on Tuesday evening. Of course, since the player was in Australia at the time, it was Wednesday there when the announcement was made, SBNation reported.

After the announcement, Hurricanes coach Manny Diaz took to his Twitter account to riff on Hedley’s Australian heritage by posting a gif of a kangaroo playing an electric guitar.

Hedley redshirted at the City College of San Francisco and averaged 38.6 yards per punt in 2017. He has three seasons of eligibility left and now transfers to the University of Miami with a 3.7 GPA, Yahoo Sports reported.

He started his sporting career in Australia playing Australian Rules Football, and with his fully inked upper torso and sleeved arms, he is already turning heads. He also worked construction “Down Under.”