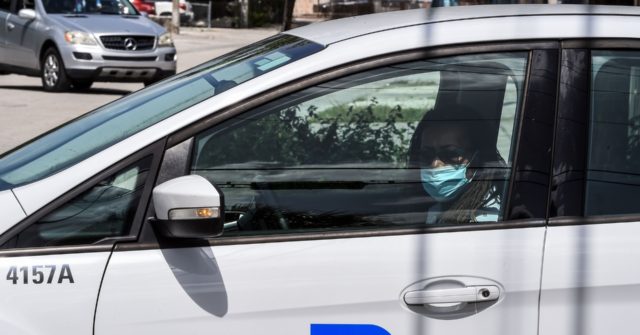 Miami-Dade, which is among the South Florida counties hit hardest by the Chinese coronavirus, has officially stopped issuing citations to businesses and individuals for breaking local public health measures thanks to Florida Gov. Ron DeSantis’s (R) executive order, which he signed last week.

Miami-Dade police are no longer issue citations, the department confirmed to the Miami-Herald. According to the paper, “courts reported 46 citations for violating emergency orders” against businesses and an individual over the March 5 weekend.

The Miami-Dade police department confirmed the lack of enforcement, attributing it to the governor’s order.

“We’re no longer issuing emergency-order citations,” Det. Alvaro Zabaleta, a spokesperson for the Miami-Dade Police Department, said. “We’re no longer doing it because the governor pardoned everything.”

Last July, the Miami-Dade Board of County Commissioners approved an ordinance pushing the “New Normal” guidelines for individuals and businesses, including mask-wearing and social distancing. Violators could face civil penalties of up to $500 for businesses and $100 for individuals.

“While our positivity rate continues to trend in the right direction and vaccination efforts are accelerating, now is not the time to throw caution to the wind as we are so close to putting this pandemic behind us,” the statement read, contending that the governor’s order “inadvertently sends a message to residents and the business community alike that common-sense measures to fight COVID-19 are no longer needed — when we know that they do, in fact, work to prevent the spread and, most importantly, save lives.”

“It almost feels like he wants to be the champion for letting the virus surge through the community,” he said. “I have no earthly idea why anyone would want to champion that cause.”

Notably, in the last seven days, Florida has reported fewer new cases of the Chinese coronavirus per capita than heavily-restricted blue states such as New York.