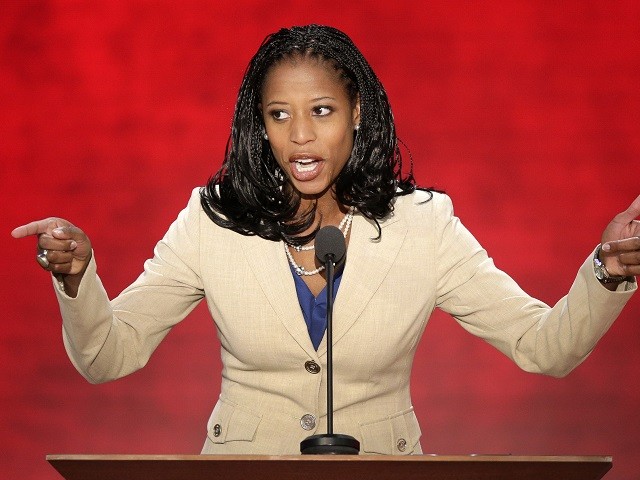 Friday on ABC’s “The View,” defeated Rep. Mia Love (R-UT) said the Democrats “targeted”  her district to pour money into because she was “a black female Republican.”

Co-host Sunny Hostin, asked, “Let me ask you this, you said in your concession speech, I don’t have it verbatim, but Republicans must embrace minorities. You mentioned Republicans failed to take minorities into their hearts and their homes. It almost seemed like a revelation to you. I just ask you, as a black Republican, that doesn’t make a lot of sense to me when you have a Republican Party that’s, you know, supporting a president who was a birther, Central Park Five, DOJ settlement not letting black people rent, you’re a Haitian-American, he called Haiti—.”

Love interjected, “For which I called him out.”

Hostin added, “Why were you so surprised by that?”

Love said, “We’re not going to let Democrats off the hook because I was targeted by Democrats. ‘

Hostin attempted to interrupt, but Love continued, “I need to say this. They targeted me because I was a — because I am a black female Republican. And they replaced me with a middle-aged white male in the state of Utah.”

Hostin said, “Well, the voters did.”

Love continued, “Well, there was a whole lot of money in an R-plus-13 district that wanted to take me out of. Look at Carlos Curbelo. They tried to get rid of every single diversity they possibly could. For me, diversity on the left side is good for them if you think the same way they do.”