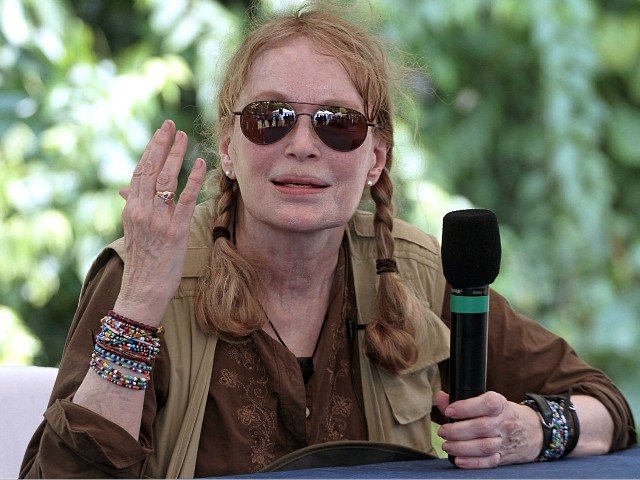 Actress Mia Farrow took to Twitter on Sunday and called on Supreme Court Justice Clarence Thomas to “resign” his position on the country’s highest court.

“And another thing is painfully clear all over again Clarence Thomas has no business on the Supreme Court. He should resign,” Mia Farrow wrote.

And another thing is painfully clear all over again Clarence Thomas has no business on the Supreme Court. He should resign.

It’s not apparent that Farrow’s tweet was part of a longer thread but it did come hours before her son, Ronan Farrow, published a New Yorker article which included allegations of inappropriate drunken behavior by Judge Brett Kavanaugh by Deborah Ramirez. Ramirez told the paper she had “significant gaps in her memories” regarding the encounter in question. Ramirez, college best friend admits, “I never heard of it.”

The woman’s allegations come weeks after Christine Blasey Ford accused Kavanaugh of groping her at a party in the summer of 1982, when he was 17-years-old. Four people Ford said were present at the 1982 party have either said they have no knowledge of the alleged event or have denied her account.

Clarence Thomas, who was nominated in July 1991 by President George H. W. Bush to replace the deceased Justice Thurgood Marshall, the Court’s first black justice. Anita Hill had accused Thomas of sexual harassment while the pair worked for the federal government. Thomas’ Senate confirmation hearing was an intense battle that saw several Democratic Senators attack Thomas, who famously described the process as a “circus,” a “national disgrace,” and “as a black American, it is a high-tech lynching for uppity blacks who in any way deign to think for themselves, to do for themselves, to have different ideas, and it is a message that unless you kowtow to an old order, this is what will happen to you. You will be lynched, destroyed, caricatured by a committee of the U.S. Senate rather than hung from a tree.”