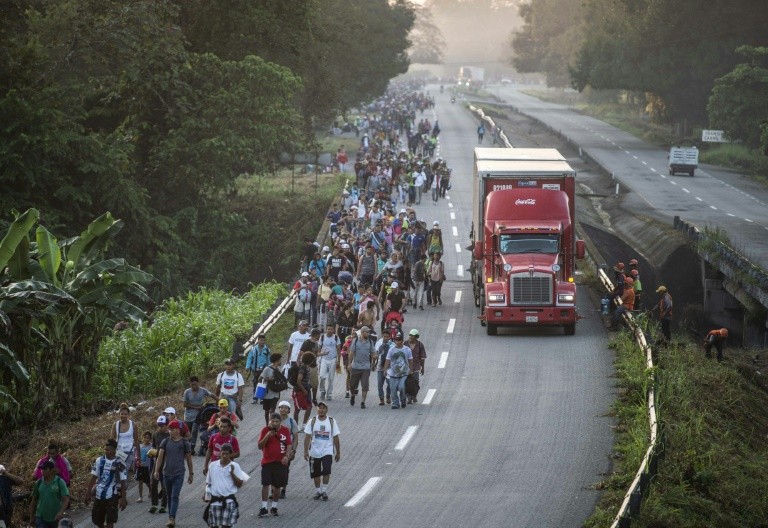 Mexico’s government unveiled a plan to provide employment, health care, and education to thousands of Central American migrants who are part of the caravan that is traveling from Honduras towards the U.S border.

This week, Mexico’s government unveiled their plan called “Estas En Tu Casa” or “You Are in Your Home.” The program provides the migrants with temporary employment, access to government-funded health care, and education for their children. The migrants who take part in the program will be employed in the cleaning and maintenance of public buildings and roads. As Breitbart News has reported, thousands of migrants from Honduras are making their way into Mexico in an effort to reach the U.S. Border. The caravan has caused international tension as the U.S. government threatened to remove international aid to Central America if the caravan is not stopped.

In order to take part in the program, the migrants and their families must be in the country legally and reach out to immigration authorities who will sign them up. The program will only be available in the southern Mexican states of Chiapas and Oaxaca. Those who are part of the caravan and entered the country illegally will be given time to begin the immigration process and must follow Mexico’s immigration law. Those in the program will also be given Mexico’s version of a social security number, commonly known as CURP (Clave Unica de Registro Publico) so they are able to open bank accounts and carry out other bureaucratic processes.

According to Mexico’s Secretariat of the Interior, the program is designed to help up to 6,000 migrants and will be supported through emergency funds destined for social emergencies. The program will be operated by Mexico’s Communications and Transportation Secretariat.