Mexican authorities arrested a top ranking Sinaloa Cartel operator responsible for coordinating the flow of cocaine and cash to the U.S. from Colombia and Mexico. The drug lord had armed bodyguards with Mexican police credentials at the time of his arrest.

Mexican federal authorities confirmed the arrest of Angel Humberto “Don Angel” Chavez Gastelum and his son Alonso Jaime “Rito” Gastelum Salazar. The arrests came as the two had dinner at an upscale restaurant in the central Mexican state of Queretaro. Mexican military forces carried out the operation with intelligence information provided by the U.S. Drug Enforcement Administration (DEA). Breitbart News obtained access to after-action reports revealing that the Gastelum family had a squad of bodyguards with them who had forged documents to pass themselves off as law enforcement officials. Mexican authorities are expected to hold Gastelum until his extradition process is completed. 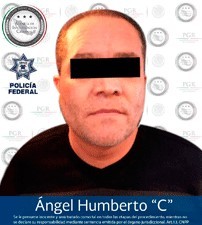 While the elder Gastelum claimed to be a businessman, he is wanted in the Central District Court of California on dozens of drug trafficking and conspiracy charges. He is also wanted for money laundering and murder, court documents revealed. Gastelum is linked to the Sinaloa Cartel but operated in a semi-independent fashion by establishing a low profile organization that operated largely under the radar. Gastelum is believed to have helped top Sinaloa Cartel bosses Joaquin “El Chapo” Guzman and Ismael “El Mayo” Zambada launder millions. He has also been tied to Colombia’s Medellin Cartel.

According to the DEA, “Chavez-Gastelum’s drug distribution network controlled its own supply routes from Colombia to Central America, and from Mexico to the United States. Chavez-Gastelum’s criminal organization was also responsible for at least two killings, with one victim’s torture and dismemberment captured on a video that has been obtained by law enforcement authorities”.