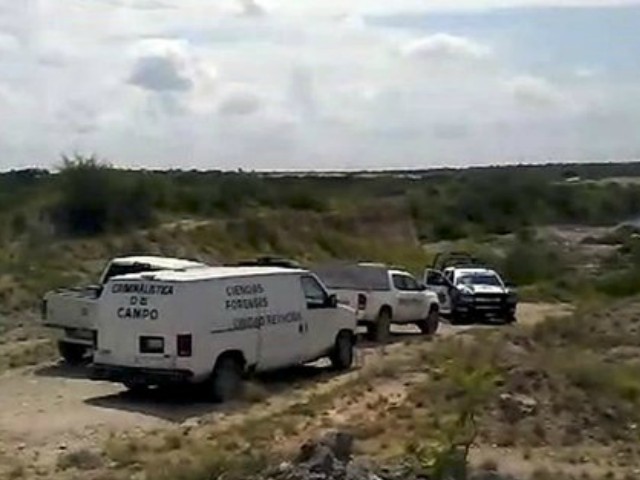 State authorities gathered the remains and turned them over to forensic investigators to attempt victim identification. As Breitbart Texas reported, the border cities of Reynosa and Matamoros continue to be the epicenter of a fierce turf war between rival cartel factions. The infighting is tied to the control of lucrative drug and human smuggling routes into Texas.

The Mexican military found a similar cartel killing field in May 2018, where gunmen used large drums and tires to incinerate their victims. The site was found relatively close to the banks of the Rio Grande River border.

In October 2017, Breitbart Texas published a series of exclusive photographs from a large cartel crematorium inside of an abandoned home in Reynosa. Cartel gunmen used industrial drums to fully incinerate the remains of their victims.

In September 2017, Breitbart Texas reported exclusively on the discovery of a clandestine mass grave in Rio Bravo, where members of the Gulf Cartel buried the bodies of several rival gunmen. Also in that month, Breitbart Texas reported on another cartel incineration site where authorities found 55-gallon drums used to incinerate victims. At the time, authorities found several bone fragments and human skulls.

In June 2017, Breitbart Texas reported exclusively on the discovery of a cartel incineration site in Reynosa. There, cartel gunmen had used industrial drums to burn bodies.