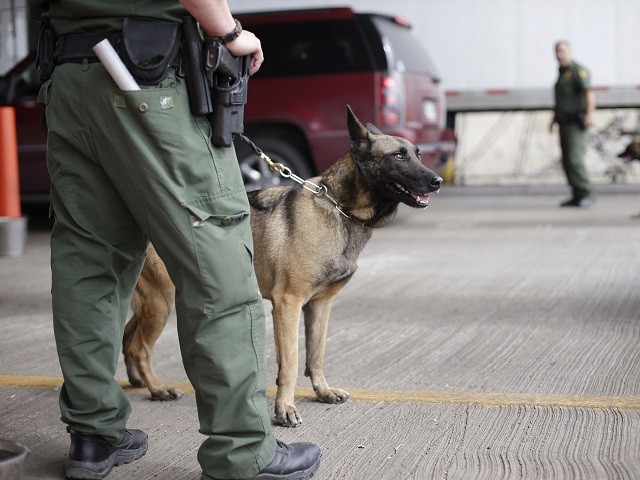 U.S. Border Patrol agents seized 41 pounds of methamphetamine with an estimated street value of $1.3 million during a checkpoint vehicle inspection this past Wednesday. The inspection led to the arrest of a Mexican national on charges related to drug smuggling.

Agents assigned to El Centro Station contacted a female driver of a 2005 Jeep Grand Cherokee at a designated immigration checkpoint. Agents referred the female, a Mexican citizen, to a secondary inspection after a K-9 alerted to the presence of an odor it has been trained to detect, according to information provided by Border Patrol officials.

During the secondary inspection, Agents discovered 41 pounds of methamphetamine concealed in the area along the wheels and in the spare tire. Smugglers wrapped the methamphetamine in 37 individual packages. Officials seized the contraband and arrested the female. Agents turned the suspected smuggler over to the custody of Drug Enforcement Administration agents, according to a CBP statement reported by local media.

The city of El Centro, California, is approximately 25 miles from the Mexican border at Mexicali and 113 miles from San Diego.

“Narcotic trafficking organizations try all types of concealment methods to import dangerous drugs into our communities,” Chief Patrol Agent Gloria I. Chavez said in the statement. “Our agents’ diligence successfully thwarted this smuggling attempt, shielding our neighborhoods from this poison.”