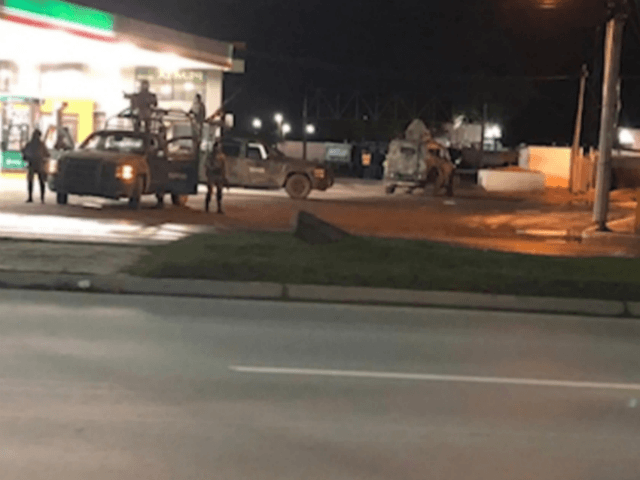 REYNOSA, Tamaulipas – A team of gunmen stormed a local bar, shooting nine patrons. The attack follows a steady series of battles tied to a turf war between factions of the Gulf Cartel.

The shooting took place on Sunday shortly after 4:30 a.m. at a bar called La Carpa on Boulevard Hidalgo, one of the city’s main streets. According to preliminary information, a team of gunmen carrying rifles pulled up to the bar in a BMW SUV. They sprayed gunfire inside. The shooters managed to flee the scene before military and emergency personnel responded.

One of the victims was identified as Leonardo “La Nona” Herrera, a member of the Gulf Cartel who is linked to various extortion and kidnapping cases in Reynosa. Herrera is the former son-in-law of jailed Gulf Cartel commander Luis Alberto “Pelochas or M-28” Blanco Flores, a crime lord who fought for control of Reynosa.

At the scene, authorities found two bodies, including Herrera, and treated seven others who were rushed to local hospitals. Their conditions remain unknown. The shooting follows a series of gun battles in various inner-city neighborhoods and the international bridge that connects Reynosa with Pharr, Texas, where four men died.

Reynosa is the epicenter of a fierce turf war between rival factions of the Gulf Cartel. The fighting is yielding numerous executions, kidnappings, and fierce gun battles.

Editor’s Note: Breitbart Texas traveled to the Mexican States of Tamaulipas, Coahuila, and Nuevo León to recruit citizen journalists willing to risk their lives and expose the cartels silencing their communities.  The writers would face certain death at the hands of the various cartels that operate in those areas including the Gulf Cartel and Los Zetas if a pseudonym were not used. Breitbart Texas’ Cartel Chronicles are published in both English and in their original Spanish. This article was written by “A.C. Del Angel” from Tamaulipas