PIEDRAS NEGRAS, Coahuila – Authorities in this border city are investigating the execution of a local man after finding his body just behind a shelter where more than 1700 caravan migrants are housed. The half-buried victim is not a migrant and had been there for several weeks before authorities found his remains. The caravan migrants are waiting for an opportunity to claim asylum in Texas.

The discovery took place this week in an open field just behind the migrant shelter when authorities came across the body during a routine patrol. Authorities alerted state investigators who documented the crime scene and collected the body.

Law enforcement sources revealed to Breitbart News that the victim has been identified as 27-year-old Pablo Salomon from Piedras Negras. The victim had been shot once in the back of the head execution style and appears to have been buried in the shallow grave for at least three weeks.

The victim told his relatives he was heading to the United States for work and sometime in January, they lost contact with him. 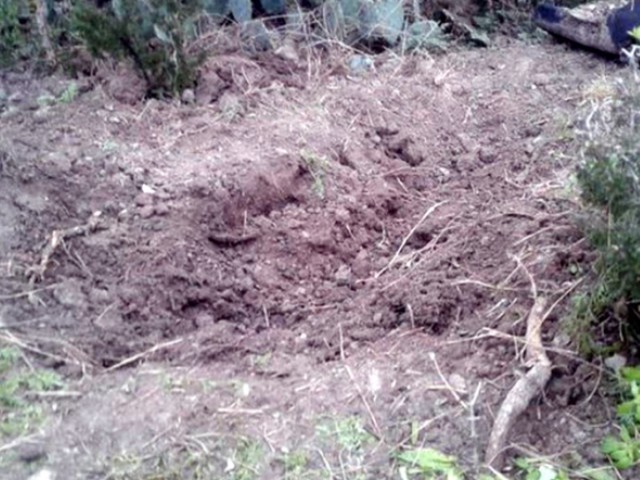 While authorities have not linked the murder to organized crime, the border areas of Coahuila continues to be controlled in part by a faction of Los Zetas called Cartel Del Noreste. The criminal organization and their effort to control all traffic along the border has led to the group being tied to most of the murders and violent crimes in the region.

Investigators revealed that the murder is not connected to the Central American migrants or the shelter which is under heavy military and police guard. As Breitbart News reported, authorities are working to identify and process all the migrants at the shelter since many entered the country without going through the proper immigration channels.

Initially, state authorities bused the more than 1,700 migrants from the southern part of Coahuila to the border and then placed them in the shelter. Once the individuals are processed, Mexican immigration authorities are supplying them with humanitarian visas or other types of travel documents so they can move freely throughout Mexico.