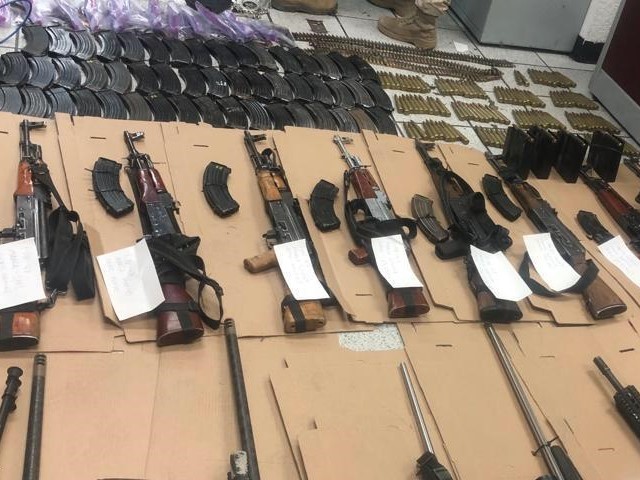 Mexican federal police and soldiers arrested suspected cartel gunmen with an arsenal of rifles, ammunition, and three grenades over the weekend in Agua Prieta, Sonora. The seven were believed to be involved in drug smuggling activities near the Arizona and New Mexico border.

The seven arrested are believed to be operatives of the Sinaloa Cartel, according to local reports and Breitbart News law enforcement sources.

The arrests occurred after security personnel came upon three vehicles near the Moctezuma-Agua Prieta highway. The trio reportedly attempted to evade pursuing officials by fleeing onto a dirt road. The vehicles were eventually stopped and a search produced 15 rifles, more than 3,300 rounds of various calibers, three fragmentation grenades, 77 rifle magazines, and one of the vehicles was previously reported stolen.

The seven individuals were placed under arrest and handed over to the Federal Prosecutors Office for criminal charging.

The federal police and military are engaging in joint patrols along the Arizona and New Mexico border due to numerous reports of small, heavily armed convoys.